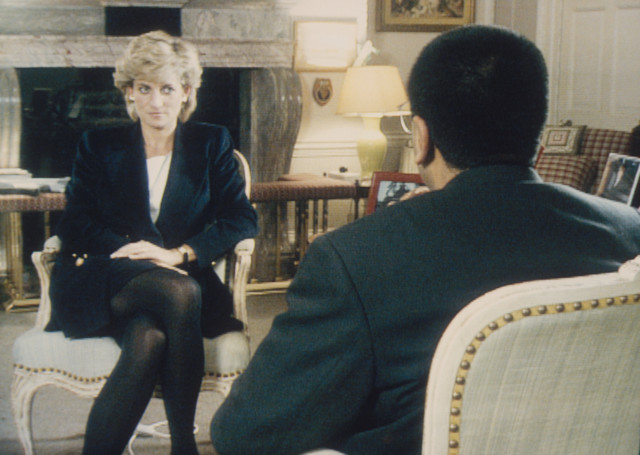 THE Queen described Princess Diana’s bombshell Panorama interview about her marriage to Prince Charles as a “frightful thing to do,” a new documentary has claimed.

Her Majesty is said to have made her feelings clear over lunch with Sir Richard Eyre, ex director of the National Theatre, shortly after the 1995 broadcast. Prince Charles pictured with the Queen and Princess Diana in 1981

Diana gave her interview on November 20, 1995, and referred to the affair that Charles had with Camilla Parker Bowles, who is now the Duchess of Cornwall after marrying Prince Charles in 2005.

The princess revealed to interviewer Martin Bashir that they had struggled because “there were three of us in this marriage — so it was a bit crowded”.

Sir Richard, who was a BBC governor at the time, said: “I had lunch with the Queen not long after and she said to me unprompted, ‘How are things at the BBC?’ and I said, ‘Oh well, fine’.

His comments come in a new Channel 5 documentary called Diana: The Interview That Shocked The World.

It features key figures involved in the production and broadcast of the original programme, which drew an audience of more than 20 million at the time.

In the new documentary, Sir Richard even notes the make-up worn by Diana when the BBC interview was filmed.

He said: “It’s like somebody who has been very, very tearful, and then run out of a room and come back ten minutes later having restored their make-up.

“I think that’s a conscious decision. I think that she presented herself as a victim. The artfulness of the appearance of spontaneity – that’s acting.”

Diana revealed at the time that although she would never be Queen, if she divorced Charles, she hoped she would be “a queen in people’s hearts”.

The Princess also spoke candidly of her battle with post-natal depression after giving birth to William.

“You’d wake up in the morning feeling you didn’t want to get out of bed, you felt misunderstood, and just very, very low in yourself. I had never had depression in my life.”

The scandalous TV interview was kept a secret from Buckingham Palace – and within a month of it being broadcast, the Queen wrote to both Diana and Charles personally advising them to divorce.

Just nine months later Diana divorced the future King, losing her HRH status before being killed in a car crash in Paris in 1997. Charles, Prince of Wales laughs with his then fiancee Lady Diana Spencer after announcing their engagement Prince Charles pictured with his new wife, the Duchess of Cornwall

Sean Paul will party with Love Island cast as he enters villa for special...