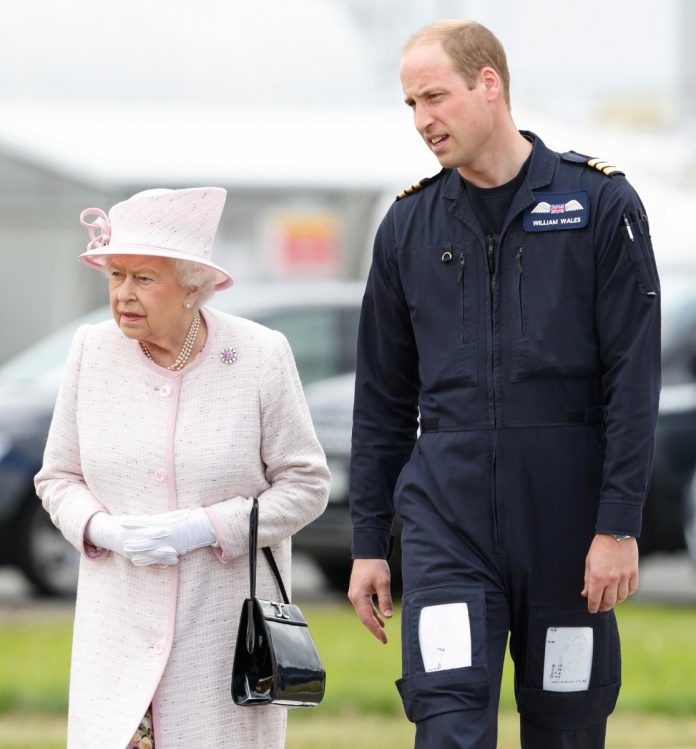 PRINCE William revealed the Queen once gave him an almighty b******ing at Balmoral in his childhood.

The Duke of Cambridge, 37, said the dramatic incident with his grandmother has stayed with him throughout his life.

Prince William recalled how he had been innocently riding a quad-bike with his cousin Peter Phillips around the Queens Scottish residence.

However, the mischievous pair decided to get Peters cousin Zara involved and it all went wrong.

Speaking to Sky News for The Queen at 90 documentary, Prince William said: We were chasing Zara around who was on a go-cart.

Peter and I managed to herd Zara into a lamppost and the lamppost came down and nearly squashed her and I remember my grandmother being the first person out at Balmoral running across the lawn in her kilt.

William and cousin Peter Phillips chased Zara into a lamppost on quad-bikes, and the Queen was not happy

She came charging over and gave us the most almighty b******ing, and that sort of stuck in my mind from that moment on.

Growing up, Prince Harry and Prince William were extremely close to their cousins.

According to Charles: The Misunderstood Prince by Sally Bedell Smith, as young kids they would spend their time together playing outdoors on the hills and by the rivers and lakes.

They would also have barbecues and picnics as well as riding the quad-bikes.

Meeting the Queen is a huge moment for many people and even her grandson Prince Harry says it can be intimidating even for him at times.

In the ITV documentary Queen of the World, Prince Harry asked some scholars: You guys have spent way more time in Buckingham Palace than I ever have – and youve only been here two weeks.

Have you bumped into the Queen yet? If you suddenly bump into her in the corridor, dont panic. I know you will. We all do!

Prince William added in the Sky documentary how the Queen has been a powerful female figure in his life, especially after the death of his mum Princess Diana.

He said: She’s been a very strong female influence and having lost my mother at a young age, it’s been particularly important to me that I’ve had somebody like the Queen to look up to.

[She’s someone] who’s been there and who has understood some of the more, um, complex issues when you lose a loved one.

So she’s been incredibly supportive and I’ve really appreciated her guidance.

We shared how the Queen is hiring someone to man her Instagram and Twitter pages and youll get paid 1k a WEEK.

We previously shared how the Queen is hiring a kitchen porter on 20k a year and theyll get to live at Buckingham Palace.

Meanwhile, a former royal chef has revealed exactly what it is like to work in the kitchens at Buckingham Palace, and the type of foods the Queen wishes to avoid.

Meghan and Harry latest – Queen urged to STRIP runaway royals of their titles...

Boris Johnson is a political Humpty Dumpty with a giant ego who had such...