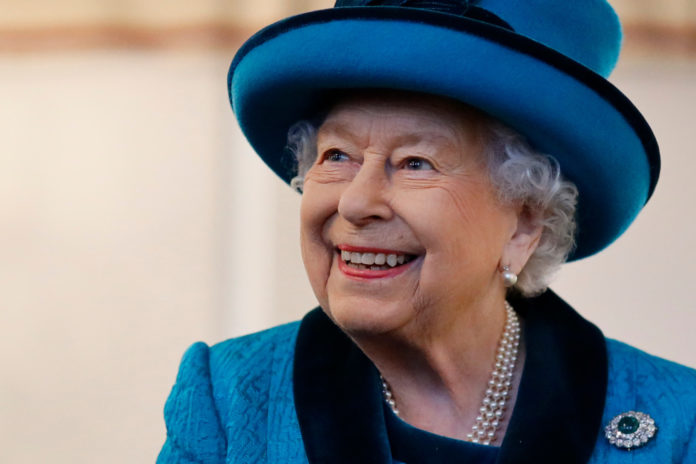 THE Queen once played a game of Pointless with presenter Alexander Armstrong, and was ‘so competitive’ she ‘won hands down’.

Alexander, who’s fronted the quiz show alongside Richard Osman since 2009, revealed the monarch did exceptionally well when he hosted a mini game for her.

The 49-year-old said it was a “weird day”, after he ended up at the Sandringham branch of the Women’s Institute – where the Queen is a member.

Alexander claimed he was in a church hall “in the middle of nowhere”, with a group of women – which to his surprise included the Queen.

The host chatted with Jonathon Ross about the surreal experience, saying: “It was a very weird day, I went up to a village hall right in the middle of nowhere, in the Norfolk countryside.

“There are 34 women in this church hall, and me.

“And one of them is the Queen. Just sitting right there.

“We played a little version of Pointless where we do a higher or lower, so I’ll give a score out.

“So I’ll say, on the ABBA gold album how many of our one hundred people named Dancing Queen as one of the tracks.

“Anyway we did a best of five, she stormed it.”

He told Jonathan Ross the Queen won ‘hands down’

The popular quiz shows tasks people with trying to “to score as few points as possible by plumbing the depths of their general knowledge to come up with the answers no-one else can think of”.

And it turns out the 93-year-old knows a thing or two about trivia, as Alexander said she killed the competition, agreeing she was “competitive”.

When asked by Jonathon if she won, Alexander replied: “Absolutely. Hands down.”

And when pressed if he let her win, Alexander said the monarch didn’t mess around.

Jonathan asked: “Was she competitive though? Did you get the feeling she wanted to win?”

To which Alexander made an elbowing gesture, while saying: “She was good. She had her eye on the prize”.

The Queen goes to Sandringham for Christmas and stays until February

The Queen joined the Sandringham branch of the WI in 1943, while she was still Princess Elizabeth, and attends an annual meeting.

She spends every Christmas at her Sandringham Estate, in Norfolk, with her family.

It’s one of her private homes, and holds special significance for her as it’s where her grandfather and father died.

As a tribute to him, she stays at the estate until February 2 each year – the date he passed away in 1952 – and is often spotted attending the local church service.

While we revealed Nadiya Hussain stunned royal staff by asking to high five or chest bump the Queen after baking her 90th birthday cake.

And we revealed the Queen had a crush on her bodyguard as a teenager, calling him ‘devastatingly attractive’.

Plus Prince Phillip once joked that the Queen’s ‘flawless’ complexion is ‘like that all over’, reveal royal insider.

Love Island’s Anna Vakili feared her dad was DEAD as he collapsed with coronavirus...

Devastated Molly-Mae and Tommy Fury hire 24/7 security and move out of flat just...

Lefty activists have ‘hijacked’ social media and made people ‘afraid’ to speak out, blasts...