THE Queen once made a thinly veiled dig at Vladimir Putin after the despot kept her waiting for 14 minutes.

Her Majesty met Vladimir Putin at Buckingham Palace when he made a state visit to the UK in 2003.

The Queen and Putin pictured during his 2003 state visit

The Russian president kept the Queen waiting at the Palace 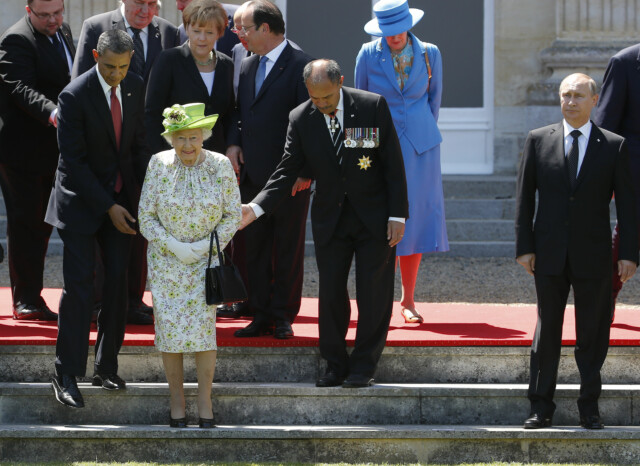 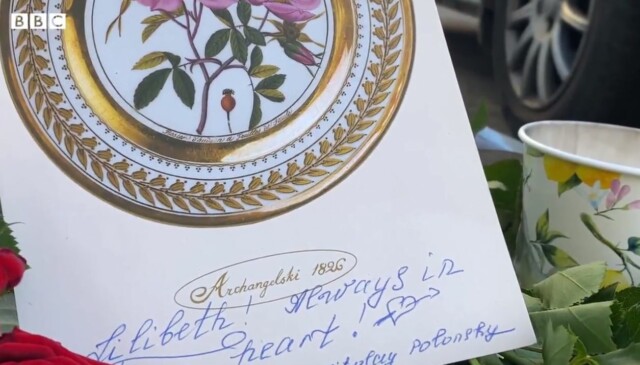 He made the Queen wait for 14 minutes for him to arrive at the Palace – which prompted Her Majesty to have a subtle dig at him later.

According to then-Home Secretary David Blunkett, his guide dog reacted defensively towards Putin in the course of the visit.

He told the BBC: “The only time I met Vladimir Putin was back in 2003 on an official visit and my then dog barked very loudly.

“I did apologise to the Queen who was obviously hosting. I don’t think I am giving anything away when I said, ‘Sorry your Majesty about the dog barking.’

“She said: ‘Dogs have interesting instincts, don’t they?’”

Her Majesty and the Kremlin strongman were to meet again in June 2014 during a D-Day commemoration event in France.

The event had come just months after King Charles was alleged to have compared the regime to that of Nazi Germany.

After a group photo with world leaders, the Queen was helped down a set of steps by then US President Barack Obama and New Zealand’s Governor-General Jerry Mateparae.

But Putin, who was standing next to her and was in a position to help looked away.

It comes after Putin paid tribute to the Queen and extended his to sympathy the Royal Family after her death.

In a letter to King Charles, the Russian tyrant passed on his condolences to the British people after Her Majesty’s passing was announced.

Her Majesty, who reigned for 70 years, passed away at Balmoral at the age of 96.

Putin joined politicians, religious figures and celebrities from across the world who have paid tribute to her.

In his message, he said the Queen “rightfully enjoyed the love and respect of her subjects, as well as authority on the world stage”.

“I wish you courage and resilience in the face of this difficult, irreparable loss,” said Putin.

“May I ask you to pass on sincere condolences and support to members of the royal family and the entire people of Great Britain.”

President Joe Biden spoke of the Queen as a “source of comfort and pride” as he released a lengthy statement on her life.

He said: “Her Majesty Queen Elizabeth II was more than a monarch. She defined an era.

“In a world of constant change, she was a steadying presence and a source of comfort and pride for generations of Britons, including many who have never known their country without her.

“An enduring admiration for Queen Elizabeth II united people across the Commonwealth.

“The seven decades of her history-making reign bore witness to an age of unprecedented human advancement and the forward march of human dignity.

“Whether they heard her on the radio as a young princess speaking to the children of the United Kingdom, or gathered around their televisions for her coronation, or watched her final Christmas speech or her Platinum Jubilee on their phones.

“And she, in turn, dedicated her whole life to their service.”

Ukraine‘s President Volodymyr Zelensky tweeted: “It is with deep sadness that we learned of the death of Her Majesty Queen Elizabeth II.

“On behalf of the people, we extend sincere condolences to the @RoyalFamily, the entire United Kingdom and the Commonwealth over this irreparable loss. Our thoughts and prayers are with you.”

French President Emmanuel Macron paid tribute to the Queen as a “friend of France”.

“Her Majesty Queen Elizabeth II embodied the British nation’s continuity and unity for over 70 years,” he said,

“I remember her as a friend of France, a kind-hearted queen who has left a lasting impression on her country and her century.”

Canadian Prime Minister Justin Trudeau was also a part of the outpouring of grief following the news.

He said: “It was with the heaviest of hearts that we learned of the passing of Canada’s longest-reigning Sovereign, Her Majesty Queen Elizabeth II.

“She was a constant presence in our lives – and her service to Canadians will forever remain an important part of our country’s history.

“As we look back at her life and her reign that spanned so many decades, Canadians will always remember and cherish Her Majesty’s wisdom, compassion, and warmth.

“Our thoughts are with the members of the Royal Family during this most difficult time.”

Boris Johnson tells Jeremy Corbyn to man up and back snap election to avoid...

Inflation falls to 9.9% after petrol price declines in August – what it means...