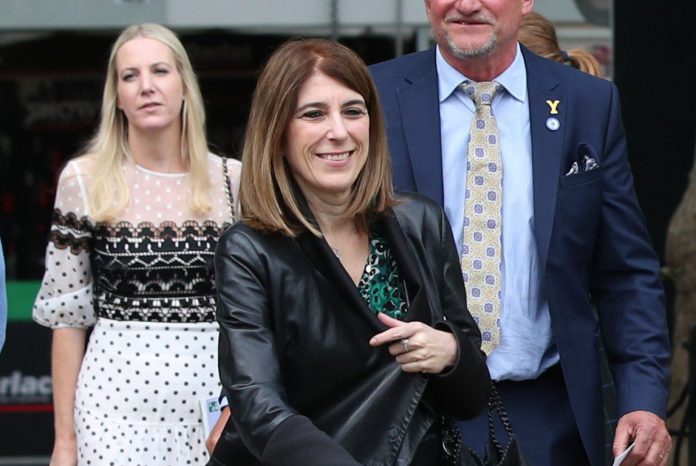 AMANDA Thirsk, Prince Andrew’s private secretary and his most senior member of staff was sacked yesterday by the Queen following his “car crash” interview.

But who is Amanda Thirsk, how long has she worked for the Prince and what will she do now? Here’s everything we know…

Who is Amanda Thirsk?

Amanda Thirsk is a mum-of three educated at the University of Cambridge who has worked for the Prince for years and was regarded as his right-hand-woman.

The mum-of-three previously boasted she was so close to him her office is steps from his bedroom at the Palace.

According to holaconnect, Amanda studied law at Cambridge before going on to become a successful banker.

How long has she worked for Prince Andrew?

Thirsk has worked for the Prince since 2012.

She was appointed as his Private secretary in August of that year and quickly became one of his most trusted members of staff.

According to The Telegraph, it was Thirsk who pressed Andrew to undergo his interview with Newsnight following calls for him to explain his highly publicised and controversial friendship with paedophile Jeffrey Epstein.

It is alleged she advised him to be interviewed by a hard-line female journalist, and clashed with Aides over the decision.

She had hoped the no-holds-barred interview would leave viewers with “a clear and unambiguous denial from the duke that he’d known anything about Jeffrey Epstein’s activities,” ITV says.

HOAR exclusively revealed that Thirsk was told she would have to step down following the interview – widely viewed as a career ending “car crash.”

What will she do next?

HOAR revealed that Thirsk’s next steps will see her remain close to the Prince.

She is being employed privately by the prince and has been announced as Chief Executive of his business mentoring undertaking, [email protected]

Top miler Duke Of Hazzard ‘thriving’ as Paul Cole readies him for next month’s...

Who is Bridgerton’s Phoebe Dynevor and is she related to Coronation Street’s Sally?

F1 Manager 2022 causes a stir as Max Verstappen gets angry over his teammate’s...