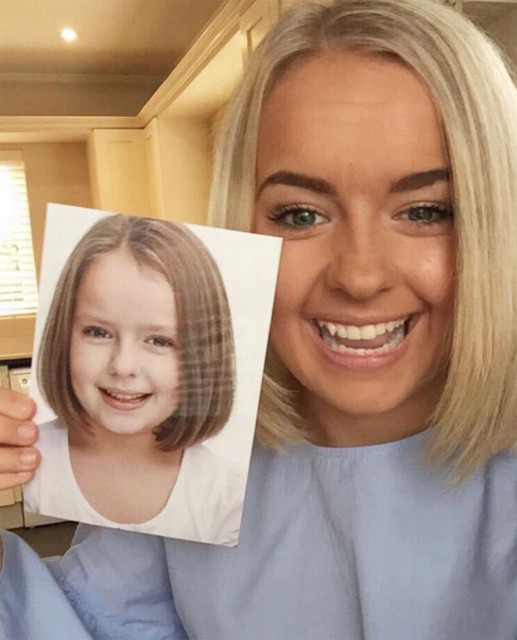 The actress, 22, was the third child star to take on the role of Phil Mitchell’s daughter with Lisa Fowler in the BBC One show.

Following her departure from the soap, Brittany trained at Millennium Performing Arts and graduated in 2017.

In 2018, Brittany revealed she was heading to Disneyland for a future as a dancer at the world famous park.

She still regularly updates fans on her life on social media, where she looks unrecognisable from Walford alter ego Louise. She also appears to enjoy a jet-set lifestyle, with past trips to Barcelona and Milan also shared with fans.

Some of her Instagram followers can’t quite believe that she used to play the East End character, with one commenting on her page:  “Louise Mitchell that you?”

Louise now lives in Essex after leaving the BBC soap in 2010. But now Brittany is enjoying life as a freelance performer

She played Brittany in some very major storylines for the character including, the custody dispute between her dad Phil Mitchell and mum Louise Fowler and suffering abuse at the hands of her brother Ben Mitchell.

After Ben was abused by Phil’s ex Stella Crawford, he turned his hand to abusing his little sister. Just like evil Stella, Ben would burn Louise’s hand with a hot spoon so she would “learn a lesson” the same way he had done.

Eventually Phil learned of Ben’s twisted behaviour and Louise went back to life with her mum.

The role was first portrayed by Rachel Cox between 2001 and 2003, before actress Danni Bennatar took over the part in 2008.

Tilly Keeper has played the role since 2016 when the character was reintroduced to EastEnders.

Did you miss our previous article…
https://www.hellofaread.com/soap-opera/coronation-streets-leanne-battersby-to-be-forced-to-dress-as-a-nurse-to-sell-drugs-by-dealer-harvey-reveals-will-mellor/

Energy suppliers allowed to charge households extra £24 a year to pay for coronavirus...

Love Islands Callum and Molly kiss AGAIN as he tells her theyve got something...