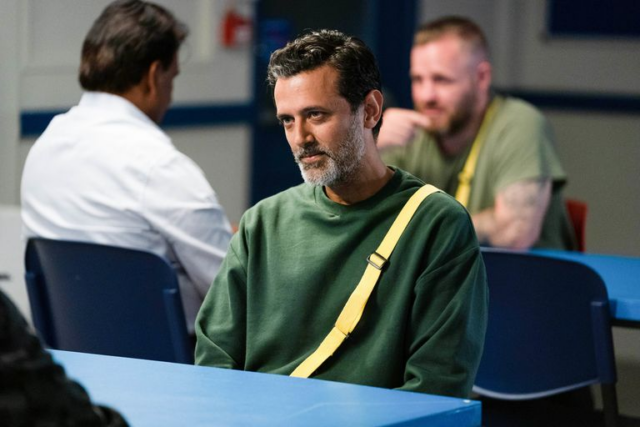 EASTENDERS fans were left open-mouthed after Ravi Gulati’s true identity was revealed – which is connected to new villain Nish Panesar.

Viewers saw gangster Ravi Gulati scheming with his lover Nina, who was believed to be his own stepmother.

The feud between Kheerat and Ravi continues

But another bombshell was dropped in tonight’s episode as viewers saw Ravi go to prison to see patriarch Nish Panesar to who he called “dad.”

In the scene, Nish asked Ravi: “What have my family been up to?”

Ravi replied: “The usual. Felling sorry for themselves, holding grudges, being stubborn.

“And Kheerat had a lot of fun reminding me who was top boy. I think if he knew who I really was he wouldn’t be so sure of himself. Isn’t that right dad?”

Nish responded: “I’ll be out of here soon. I’ll make sure Kheerat knows his place.”

Do the Panesar siblings have another brother?

Navin Chowdhry plays newcomer Nish who is the father of Kheerat, Ash and Vinny.

He is often mentioned on screen but never seen due to following a 20-year stretch in jail.

Nish is determined to repair his marriage to Suki and build bridges with his children.

Next week, the pressure on Suki continues to mount when an agitated Vinny questions her about their relationship with their dad.

Vinny is hoping to get some answers out of Suki, but is left frustrated by her response and decides to take matters into his own hands.

Vinny later visits Nish in prison, and is surprised by his affection.

As Nish reminisces about old times, Vinny is more interested to know why he was asked to be here in the first place.

Will Vinny get the answers he craves?

“I’ve never worked on a show like EastEnders, so it’s been a new experience for me, but I loved the storylines and I’ve got a keen interest in this family because there’s so much happening at all times!

“Nish is an interesting character – slightly unconventional, and with that brings drama, and mayhem.

“I think there’s a good man under there, but turmoil follows these guys [the Panesars] around so I’m excited to join in and set off a few more explosions and fireworks.” 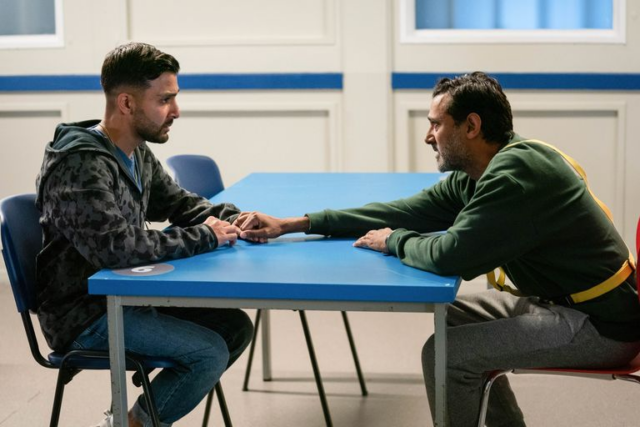 Vinny is looking for answers 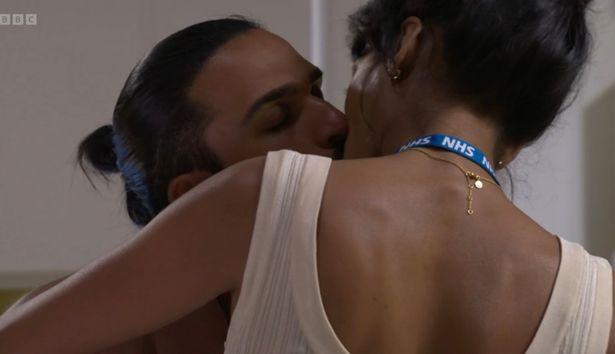 Pubs WILL be able to serve takeaway pints on April 12 when beer gardens...

Katie Price strips off to pose with Love Island star on OnlyFans ahead of...