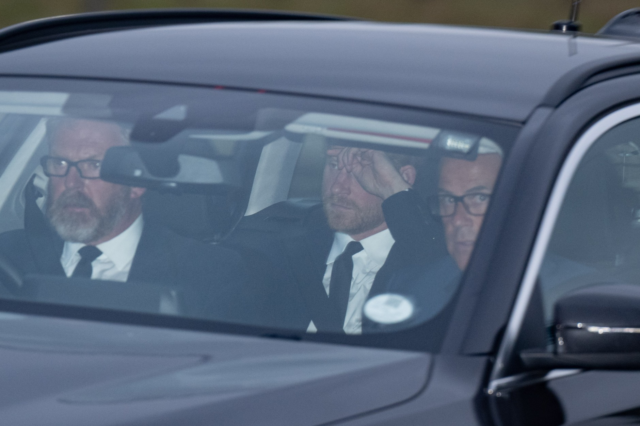 PRINCE Harry got on a plane to Balmoral two hours after the Queen died, Her Majesty’s death certificate has revealed.

The Duke of Sussex chartered a £30,000 private jet to get him to Scotland in a desperate attempt to see the Queen before she died.

The Duchess of Sussex did not travel with Harry 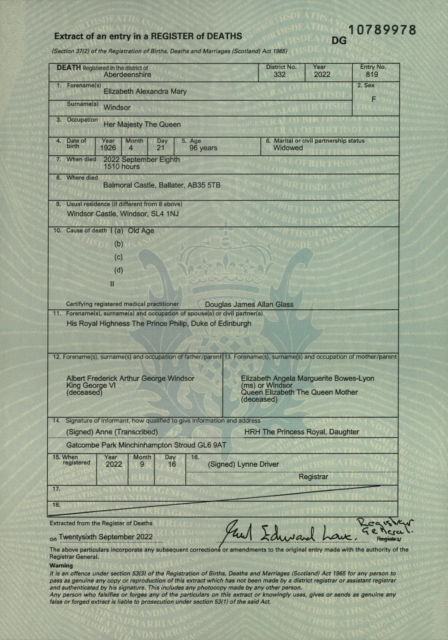 But today’s certificate from the Scottish Registry revealed Her Royal Highness had already passed away before he got on the flight.

The 38-year-old had been in the UK for a whirlwind charity tour with wife Meghan Markle when it was announced that doctors of the Queen, 96, were “concerned for Her Majesty’s health”.

At 1.50pm on Thursday, September 8, Harry’s spokesperson announced he would be travelling to Scotland.

But royal aides struggled to find him a plane – despite William catching a flight from RAF Northolt, with Prince Andrew and Prince Edward.

He finally boarded a plane at London Luton Airport and departed at 5.34pm.

However, the Queen’s death certificate revealed the late monarch passed away at 3.10pm at Balmoral Castle aged 96.

At 6.46pm the news of her death was announced across the world.

Grieving Harry was then seeing holding his head in his hand as he travelled to Balmoral from Aberdeen airport.

King Charles and Anne were already in Scotland so made it in time to say a final goodbye.

It comes as Meghan and Harry were “demoted” to the bottom of the Royal Family’s website alongside Prince Andrew and minor royals.

The pair are said to have previously sat about halfway down the official website, below senior royals and above minor members of the family.

However, the page has since been updated following the death of the Queen – and the Sussexes now sit below royals like Princess Alexandra and the Duke and Duchess of Gloucester.

Non-working royals like Prince Michael of Kent and his wife Marie-Christine have also been removed from the page entirely, The Telegraph reports.

It’s understood the changes have been made to reflect the role played by working members of the Royal Family – rather than the order of succession.

The shift comes after King Charles is said to be planning to create a “slimmed down” monarchy during his reign, saying the public does not want to be paying for an ever-expanding Royal Family.

Britain is ready to JAIL warmonger Vladimir Putin if he is found guilty of...

A credit score mistake took 30 seconds to fix and boosted my score by...