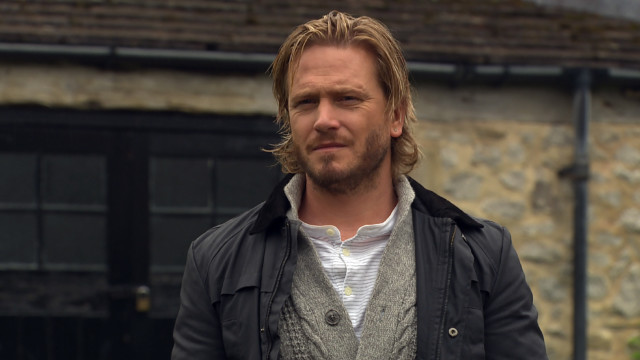 EMMERDALE has revealed David Metcalfe and Victoria Sugden will be returning “as soon as possible”.

The couple – who are played by actors Matthew Wolfenden and Isabel Hodgins in the ITV soap – haven’t been seen since September.

It was explained at the time that they had gone to Portugal to visit Diane Sugden on holiday – but they failed to return.

Now David’s ex Meena Jutla has been exposed as a murderer and she has fled the village, the show has revealed the couple are on their way back.

Arriving back from college to find police scouring the village, Jacob was confused.

He asked Leyla what was going on – and she broke the news to him.

“There’s something you need to know,” she said.

“There were others as well – Andrea and Ben.”

Jacob broke down, saying: “No way, she fell off the bridge. She can’t have – how can she?

“Leanna would never have hurt anyone.”

But as Jacob slowly accepted what Meena had done – he asked if his dad David had been told.

Eric explained that he did and claimed he and Victoria would be back soon.

He told his grandson: “Theo’s got an ear infection but they’re getting here as soon as they can.”

However viewers know that David and Victoria suddenly disappeared from the village after an on-screen incident.

And they are hopeful the hint means the pair will be back soon.

One wrote: “David and Victoria return to ——>#emmerdale and Meena just happens to get killed off, coincidence? Or no”

A second said: “Need David and Vic to return and back them up.”

Another added: “David and Vic will be back when Meena returns.” Jacob has been mentioning his dad in Emmerdale

Did you miss our previous article…
https://www.hellofaread.com/soap-opera/kelvin-fletchers-big-farm-adventure-where-is-bbc-show-filmed/

Polls reveal the 26 seats Boris Johnson is in touching distance of nicking off...

Laura Whitmore shows off her baby bump for the first time as she reveals...

Prince Andrew warned not to go to US in case hes arrested and cant...