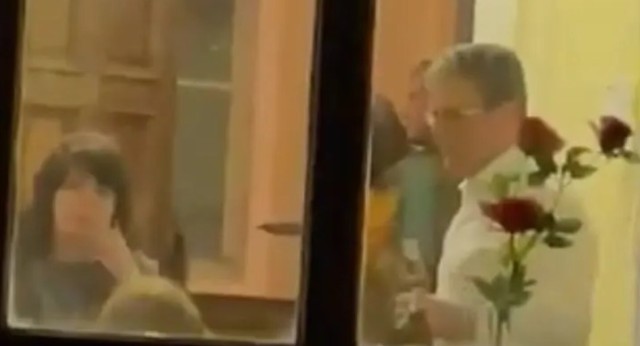 SIR Keir Starmer was called a hypocrite over pictures of him drinking with colleagues during strict Covid rules.

The Labour leader was seen through the window of a building standing close to others with a beer in hand.

When the picture was taken in Durham last May, indoor mixing between households was banned except for work.

A Tory source said: “Sir Keir has spent the past two months criticising people for doing the exact same thing he’s been doing himself.

“He is an absolute hypocrite.”

Boris Johnson highlighted the incident last month during a row over the party-gate allegations saying at PMQs: “He might explain why there are pictures of him quaffing beer — we have not heard him do so.”

At the time a Labour spokesman insisted no rules had been broken.

They said: “Keir was in the workplace, meeting a local MP in her constituency office and participating in an online Labour Party event.

“They paused for dinner as the meeting was during the evening.”