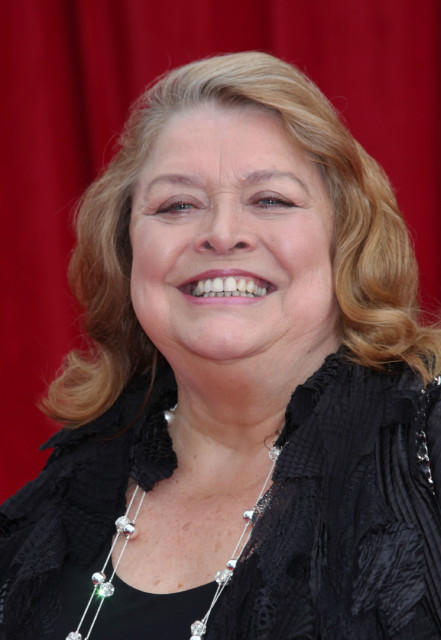 EMOTIONAL tributes are flowing in memory of Open All Hours & EastEnders star Lynda Baron who has died aged 82.

Actresses Lisa Riley and Sally Lindsay have shared heartfelt messages remembering Baron as “funny”, “clever” and “a joy to work with”. Emmerdale star Riley recalled fond memories she had of Baron, who played her mother in the drama series Fat Friends.

She shared two photos of them together and wrote: “God bless you Lynda, rest in peace.

“You played my mum for four wonderful, memorable years in Fat Friends.

“Each and everyday I learnt so much from you, but mostly we always laughed together.

Lindsay, adored by fans for her role as Shelley Unwin on Coronation Street, also posted a sweet message to her social media.

“She was funny and clever and a joy to work with, and she once gifted me a pair of beautiful red shoes. This has made me very sad.
RIP Lynda darling x”.

Actor Stuart Antony also shared a photo alongside the actress and added: “Saddened to hear wonderful friend Lynda Baron has sadly passed away.

“She was the nicest person and what a legend. Here we are with Su Pollard just before lockdown – RIP Lynda Baron.”

BBC EastEnders shared in a Tweet: “We’re deeply saddened to hear that Lynda Baron has passed away.

“Our love and thoughts are with Lynda’s family and friends.”

Gold TV channel, which regularly airs reruns of Open All Hours, tweeted: “We’re all deeply saddened by the passing of Lynda Baron who was well-loved as Nurse Gladys Emmanuel in both Open All Hours and Still Open All Hours. Our thoughts are with her family and friends.”

Baron starred opposite Sir David Jason and Ronnie Barker as Nurse Gladys Emmanuel in the hit show, which ran for four series starting in 1976. David Jason, Ronnie Barker and Lynda Baron on set for sitcom Open All Hours in 1981 She also appeared in the sequel Still Open All Hours when it returned in 2013, and played Auntie Mabel in the 1990s BBC children’s programme Come Outside.

A statement from her agent of nearly 30 years, Donna French, said: “It is with great sadness that we announce the passing of our beloved client Lynda Baron.

“She was a wonderful actress and a great friend.

“Her iconic roles of Nurse Gladys in Open All Hours and Aunt Mabel in Come Outside were loved by all generations.

“Renowned for her leading roles in West End musicals and dramatic productions alike, we have lost a leading light of our world.

“We extend our deepest condolences to her daughter Sarah, her son Morgan and all her family.”

And she had roles in Doctor Who, Last Of The Summer Wine and Dinner Ladies.

Baron was nominated for a Bafta in 2011 for her role in The Road To Coronation Street on BBC Four.

Her stage performances included The Full Monty, An Inspector Calls, the Stephen Sondheim musical Follies, and a live theatre version of In Celebration with Orlando Bloom.

Baron is survived by her two children, daughter Sarah and son Morgan. Baron with Pippin the dog, who appeared in kids’ favourite Come Outside Baron was best known for the BBC sitcom Open All Hours She is survived by her daughter Sarah and son Morgan

Love Island fans shocked at state of the girls dressing room after ONE day...

Did Prince Philip have an affair in the 1950s?

Queen’s birthday: How old is she and why does she have two birthdays?