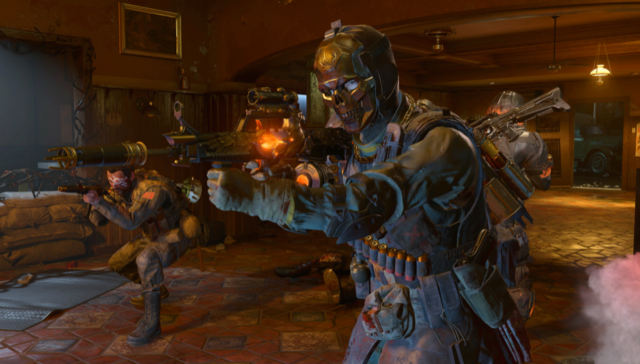 CALL of Duty Season 5 is just around the corner, and it’s going to drop huge changes on players.

We’ve got all the latest info on what to expect from the new Warzone Season 5.

Are you ready for Season 5?

Call of Duty Season 5 release date – when is it out?

That’s because the Call of Duty Battle Pass is always synced up with in-game seasons.

The current Battle Pass ends on August 9, which means the new season won’t be long after.

Expect Season 5 to start somewhere between August 10 and August 13.

August 11 currently seems like the most likely date, as major releases often land on a Wednesday.

The Season 5 launch is still largely shrouded in mystery.

But what’s likely is that this will be the last season before next Call of Duty games comes out.

That means Treyarch will now be wrapping up the Cold War story arc that we’ve enjoyed for the past year.

Treyarch recently published a mysterious tweet that read: “‘This is Wraith…the Verdansk tests are looking good.’”

It went on: “After the destruction of the Jumpseat satellite constellation, critical data stolen from Yamantau is passed to an Operator with the unique skills to execute Stitch’s endgame.

“The countdown to Season Five begins.”

It’s possible that the beginning or end of the season could introduce major changes to the Warzone map.

Verdansk has been tweaked a number of times since its launch two years ago.

With a new game on the horizon, expect big things from the smash-hit free-to-play spin-off.

Of course, we’re still waiting for official confirmation from Activision on that front.

We’ll update you as we know more.

Molly-Mae Hague goes make-up free as she picks up a bag of donuts after...