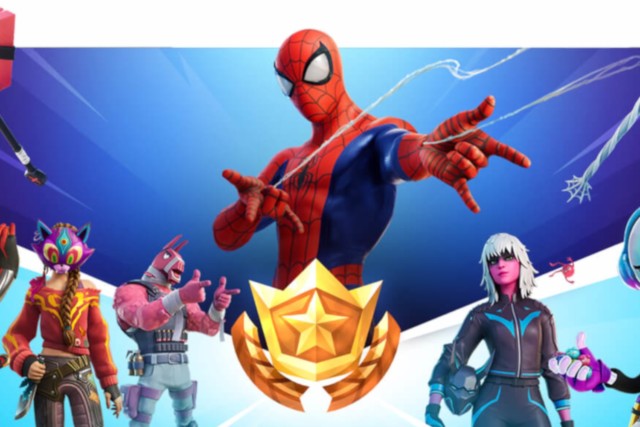 A TRUSTED Fortnite leaker has told fans of the game that the Daily Bugle is going to see some new faces soon.

@HYPEX shared the titbit this week, saying that three new Spider-Man NPCs are set to debut in Fortnite.

Spider-Man made his Fortnite debut this season

The web-slinger’s love interest, Mary Jane, is one of them, while the other is his archenemy, the Green Goblin.

HYPEX says MJ will be selling an infinite Web-Shooters for 400 gold, and sounds confident about her appearance.

They appear uncertain about the Green Goblin, saying the character “might” be one of the three.

This speculation is based on The Foundation’s glider animations, as well as comment made by Epic.

In the Chapter 3 Season 1 blog post, Epic said that Fortnite players should “look out for new Spideys (plus a few friends and foes)” during this season.

So while the Green Goblin doesn’t seem to be as solid of a leak, the glider plus his history with Spider-Man points to this guess being on the nose.

The third NPC is more of a mystery, with HYPEX saying they don’t know who it could be.

If the upcoming NPCs are “friends and foes”, one likely candidate might be Peter Parker’s boss, J. Jonah Jameson Jr.

The character has been a bit of a fan favourite since J.K. Simmons played the role and became a meme icon.

Of course, none of this is confirmed, but HYPEX has a solid track record when it comes to Fortnite leaks.

Scratch your Wordle itch with copycat game that has ‘infinite’ puzzles.

I made $5,000 from playing The Sandbox metaverse game – here’s how you could too.

Meet the cast of AJ and the Queen on Netflix including RuPaul, Josh...

Gareth Bale says he has no idea who the Prime Minister is because he...