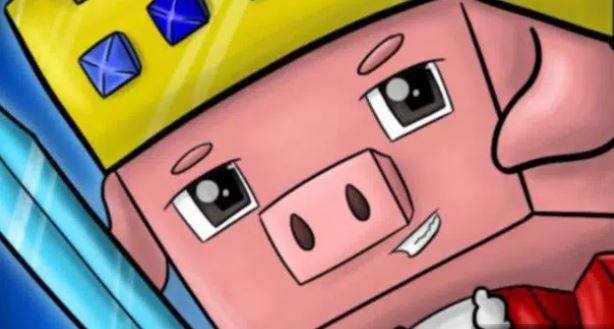 TECHNOBLADE, a Minecraft YouTuber, has revealed he has been diagnosed with cancer.

He made the announcement in a video after a hiatus of two months.

Technoblade uses a cartoon pig to represent himself

Little is known about the 22-year-old American gamer whose real is name is reportedly Dave.

Technoblade, or Techno, was born on June 1, 1999 and currently lives in San Francisco, California.

He is thought to have three younger sisters and a brother called Chris.

His dog Floof has appeared in some of his videos.

He has won a number of Minecraft championships and has some 8million followers to his YouTube channel.

Does Technoblade have cancer?

In a video posted on August 27 Technoblade revealed he had previously been feeling a pain in his right arm and had taken a few days off in order to recover.

Initially he thought it was a stress-related injury from spending too long playing games.

But instead of getting better he noticed that his shoulder was swelling and assumed he had broken a bone, so he went to the hospital.

He was given the devastating diagnosis on August 2, 2021.

During the visit, doctors ran several scans and told him that the issues with his arms were being caused by a tumor.

He has since started chemotherapy treatment for the disease.

Minecraft YouTuber Technoblade has revealed he has cancer

What has Technoblade said about his diagnosis?

In the recent video he said: “The first couple days were actually pretty chill.

“I was like, dang this is easy bro, and then it kicked in and my energy levels were zero. They were absolutely nothing. It is hard to describe how tired I was.”

Technoblade appears to be in good spirits, joking that he had told the medics they could cut off his arm because he had won enough Minecraft tournaments already and he could just keep playing with his feet.

“After I got diagnosed I have been making a lot of phone calls, informing all of my distant family members about the situation,” Technoblade said. “But I gotta say, of all the phone calls I made nobody took the news worse than my health insurance provider. They have been inconsolable for weeks.”

“I think they’re the real victims in this,” he said sarcastically. “They could have been milking money off me for decades and then ‘bam’ cancer.”

He also used his platform to advocate for his fans and viewers to continue wearing a mask and get the Covid-19 vaccine if they can.