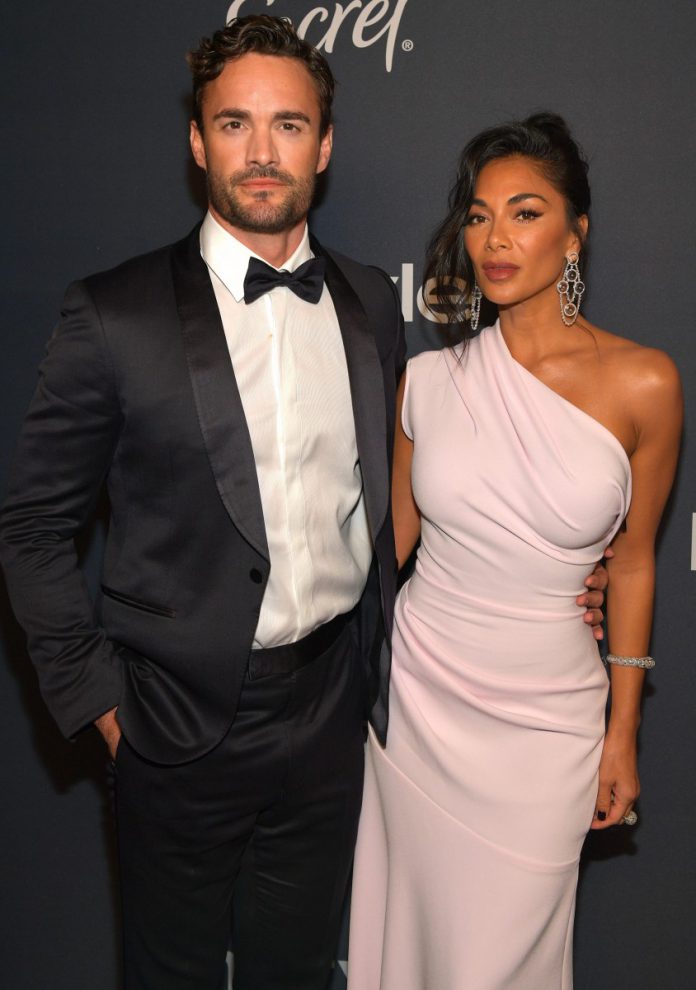 NICOLE Scherzinger and Thom Evans have made their first red carpet appearance together since finding love on The X Factor: Celebrity.

Nicole, 41, and Thom, 34, were snapped arm-in-arm at an exclusive Golden Globes afterparty on Sunday night and made no secret of their romance.

The couple sizzled as they pouted for the cameras at the event, which was thrown by InStyle and Warner Bros in Los Angeles.

Dressed in an asymmetric pale pink gown, Nicole – whose hair was styled in an up ‘do – placed her arm around the Brit sportman’s waist as the lens’ clicked away.

Former rugby ace Thom, meanwhile, posed with one hand in his pocket and the other firmly around Nicole’s middle.

The Pussycat Doll first met Thom when he and his rugby pals auditioned for the celeb X Factor spin-off as band Try Star.

Nicole was keen to keep their relationship secret – but suffered relentless teasing by Simon Cowell and Louis Walsh on live TV.

She later sent the band home in a bid to save her romance.

Last month, however, the couple couldn’t keep their hands off each other during a night out in London.

A fellow reveller said: “They were all over each other.

“It didn’t matter who was watching, they couldn’t stop kissing.

“Thom was entirely at Nicole’s beck and call. They looked really into each other.”
Until now, however, with the pair making their red carpet debut at the Golden Globes, Nicole hadn’t publicly confirmed her relationship with Thom.
He too has remained tight-lipped, previously telling Loose Women viewers: “Who wouldnt want to date Nicole? Shes gorgeous.”