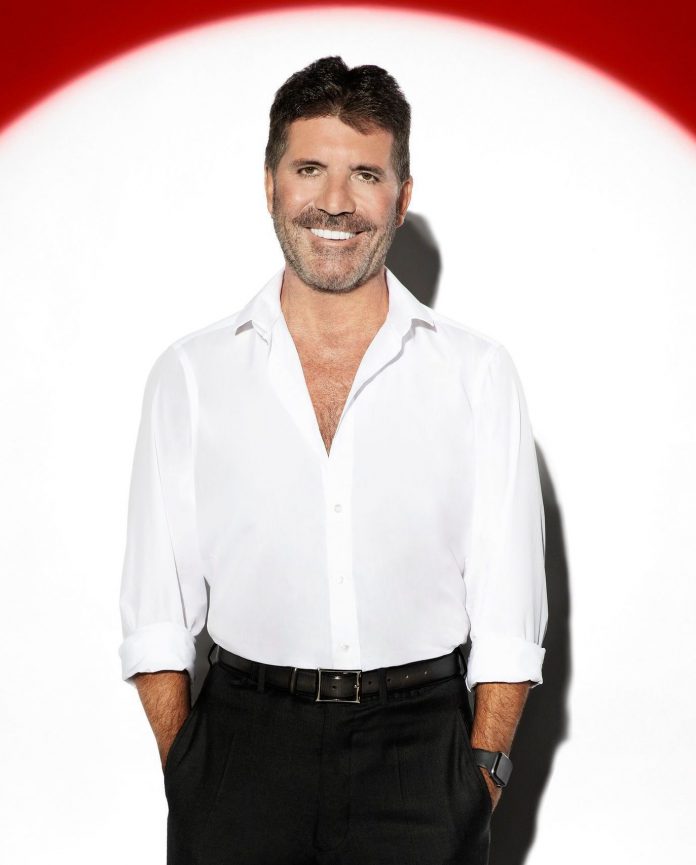 SIMON Cowell is on a mission to turn back the clock and it hasn’t gone unnoticed.

The telly mogul, who turned 60 this week, looks so different thanks to his vegan diet and healthy living that Madame Tussauds has spruced up his waxwork.

The Blackpool branch has smoothed out the wrinkles, slimmed his waistline and glossed over the grey in his hair, kitting him out in a platinum sequined jacket.

The results are…well, terrifying. And almost enough to send Simon back to his old ways.

A source at the attraction said: Simons transformation has been a massive talking point.

The simple fact is he doesn’t look anything like his old waxwork. So to mark his 60th, hes had a showbiz makeover, with outfit to match.

Simon is reckoned to have lost a stone and a half over the summer.

He changed his lifestyle after collapsing down a flight of stairs at home in 2017.

Matthew Titherington, the general manager of Madame Tussauds Blackpool, said: We wanted to do something special to celebrate one of our most popular wax figures and his big birthday, along with his recent real-life image overhaul.

Simon is adored by our visitors and we are excited to change our Festival Fields into a dedicated place where visitors can enjoy classic hits from the Noughties.

The museum buffed up his skin, smoothed out his wrinkles, slimmed his waistline and glossed over the grey flecks in his hair (pictured before)

Simon, who recently turned 60, puts his transformation down to his new vegan diet and healthy lifestyle

The Irish music boss, who is returning to The X Factor for the Celebrities spin-off, along with judges Sharon Osbourne and Nicole Scherzinger, jibed: Simons got a new face, Sharon’s got a new face…this is an old face. And Nicole…ask her!

His wrinkle-free look attracted the attention of fellow X Factor: Celeb judge Louis Walsh who jibed ‘Simons got a new face, Sharon’s got a new face…this is an old face’ Sam’s got the attitude

SINCE coming out as non-binary, Sam Smith has helped change the way plenty of people think with even woke Attitude magazine altering the way it looks at gender at its annual awards.

The singer last month asked friends to use the pronoun they rather than he.

Sam was among celebs including McFly at the ceremony at Londons Roundhouse, where Dame Joan Collins won the Icon Award and Rocketmans Taron Egerton scooped the Film Award.

Sweet But Psycho singer Ava Max won the Breakthrough Award and was presented with the gong by Cheryl Tweedy.

Person of the Year: Sam Smith

Taron Egerton scooped the Film Award for his performance in Rocketman

Boyband McFly were spotted at the event at Londons Roundhouse

JENNA Dewan has spoken about her divorce from Channing Tatum in April 2018 after almost eight years of marriage.

She said: I think it was just a slow realisation that we wanted different things. I was just gutted it was so difficult for me.

HES a heart-throb on screen, but that hasn’t made Luke Pasqualino’s love life any easier.

Ive learned the hunk, known for Skins and Our Girl, has split from long-term flame Maddison Jaizani.

He had been dating the Versailles actress for almost two years but their relationship came to an end over the summer.

A source said: Luke and Maddison were not the type to flaunt their romance on social media but they were quite serious until earlier this year when she flew to Vancouver to shoot her new telly series, Nancy Drew.

They found it hard to make things work long distance. There were other factors too and it doesn’t look like they’re going to stay friends.

The couple have now unfollowed each other on Instagram.

Luke previously dated Little Mix’s Perrie Edwards and is later said to have had a fling with Towie star Chloe Lewis.

With that record, hell have no problem finding someone new. NATALIE Imbruglia announced the birth of her first child after revealing she used a sperm donor to get pregnant.

The singer put a snap of her son online and said: Welcome to the world Max Valentine Imbruglia. My heart is bursting.

RIHANNA has confirmed she rejected an offer to sing at next years Super Bowl half-time show, to show solidarity with Colin Kaerpernick.

The US sportsman says he was kept out of the NFL by bosses after kneeling during the national anthem as a protest against US police brutality.

Asked by Vogue if she refused to sing at the event because of Colins treatment, the star said: Absolutely. I wouldn’t dare do that. For what? Who gains from that? Not my people. I just couldn’t be a sellout. I couldn’t be an enabler.

Jennifer Lopez and Shakira will instead play the event next February but there will still be music from Rihanna soon.

Speaking about her upcoming ninth album, she explained: I like to look at it as a reggae- inspired or reggae-infused album.

Its not gonna be typical of what you know as reggae. But youre going to feel the elements in all of the tracks.

TWO of the most famous gingers in the world, Ed Sheeran and Prince Harry, have teamed up for a surprise project.

In a promo released yesterday on the royals Instagram, a doorbell chimes God Save The Queen and Harry jokes to his visitor: It’s like looking in the mirror.

The full video to promote Mental Health Awareness Day will be released today.

IF you want to look sophisticated, stick on a pair of specs.

Strictly’s Oti Mabuse, who was also in attendance, joked that the BBC shows infamous curse would be a blessing in disguise for her husband

They looked very la-di-da at Tuesdays Specsavers Spectacle Wearer Of The Year awards.

Oti was joined by fellow Strictly star Michelle Visage, who revealed the BBC shows infamous curse would be a blessing in disguise for her husband.

She said: We’ve been married for nearly 23 years. If anyone wants this at this point, hell be like, Take her. Charming.

Harry ‘opposite’ of brother Wills as he ‘wore heart on sleeve & wanted to...

Prince George and Princess Charlotte go veggie one day a week at their 6k-a-term...

Prince Harry was left heartbroken after Megxit and is distraught over ‘painful’ royal rift,...