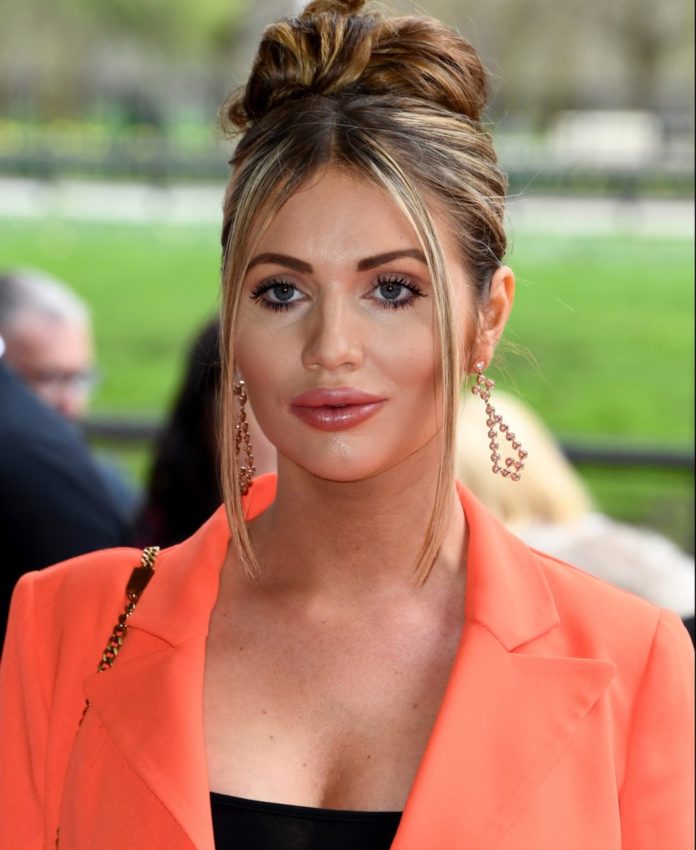 AMY Childs has accidentally let slip that her son’s name is Rich, after 18 months of keeping it a secret.

The reality star gave the toddler the same name as his father Ritchie, who she split from last summer after two years together.

She accidentally revealed the name in passing while talking about motherhood.

Speaking at a recent event, she said: “I love everything about being a mum.

“Being a mum is the best thing I’ve ever done and I love it.”

Amy, 29, who also has two-year-old daughter Polly with her ex Bradley Wright, previously said she wouldn’t reveal his name.

She said: “We decided to keep him out of the public eye.

“It was something when I was pregnant that we decided to do, and obviously I put Polly on social media, but with my little boy we just decided not to.

“It is hard because sometimes I just want to show him off, but at the same time we did decide it.”

Amy shot to fame in Towie in 2010 and will return for the show’s tenth anniversary later this year.

She told HOAR: “It is me having a laugh again. I feel like I am enjoying work again.

“I felt like I really needed this to get my confidence back.

“I was focusing on my kids and my business and I needed this to focus on myself again, so that definitely means seeing me more on TV.”

Meghan Markle and Prince Harry pay tribute to the Queen and Princess Diana as...

Love Island’s Anna Vakili warns ‘this coronavirus s*** is not a joke’ as she’s...

HSBC Bank warns customers could have accounts closed if they refuse to wear face...

Hollyoaks spoilers: James struggles with the guilt of shooting Mercedes as Breda is revealed...