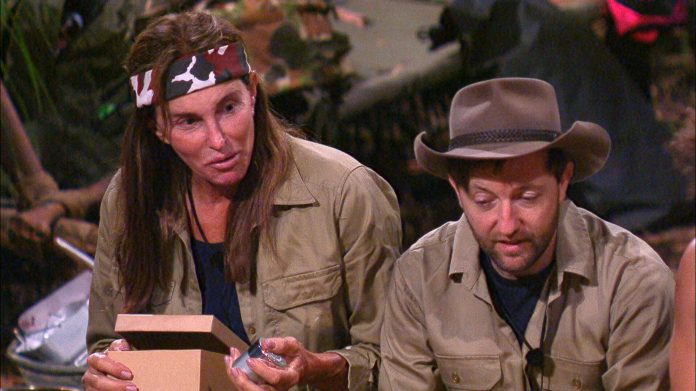 Kylie Jenner has “laughed” off claims that Caitlyn Jenner may have revealed she is expecting her second child.

In an earlier episode of I’m A Celebrity, Caitlyn – Kylie and Kendall Jenner’s father – told her fellow campmates that she was a grandfather to 20.

Caitlyn told her fellow campers that she has 20 grandchildren

However, she only has 16 grandchildren, with son Brandon expecting twins in early 2020 with his girlfriend, Cayley Stoker.

Amid claims that Caitlyn may have accidentally spilled the beans about an upcoming pregnancy, sources close to Kylie said that “if anything, [Kylie] kind of just laughed at it”.

“Thats just who [Caitlyn] is in those kinds of situations,” the insider added.

Kylie is mother one-year-old daughter Stormi, whom she shares with rapper and ex Travis Scott.

Kylie and Caitlyn are very close

The reality TV star has been vocal about her desire for more children but the source told Hollywood Life that “Kylie and Caitlyn have always had a really good relationship despite anyone else in the familys feelings on Caitlyn”.

“Kylie loves her very much and has stayed out of the drama with the Jenners and her mom, Kris, to just focus on her own relationship with her [Caitlyn].”

The famous family however have come under fire from I’m A Celebrity fans over their lack of support for the former patriarch of the family.

Caitlyn was snubbed by her famous family as she only received a care package from her dogs.

Caitlyn has received a shocking lack of support from her family

Kylie has one daughter with ex Travis Scott

The campers were all given packages that included letters and gifts from family back home, but Caitlyn’s letter was very short and only included a picture of her dogs.

“Love you, stay strong – you’re killing it,” read Caitlyn’s I’m A Celebrity campmate Myles Stephenson, “everyone at home is rooting for you especially these two cuties.”

“From my dogs!” laughed Caitlyn, looking pleased to see her pooches.

But viewers at home were not impressed, with many criticising the Kardashians and Jenners for failing to support her.

“The fact caitlyn jenner only got a picture of her dogs and not anything from her family is actually awful imagine not being arsed about someone when theyre on the other side of the world (sic),’ shared one disappointed fan.

Another added: “Its genuinely so depressing knowing caitlyn has 0 family behind her.”

What time is Coronation Street on tonight?