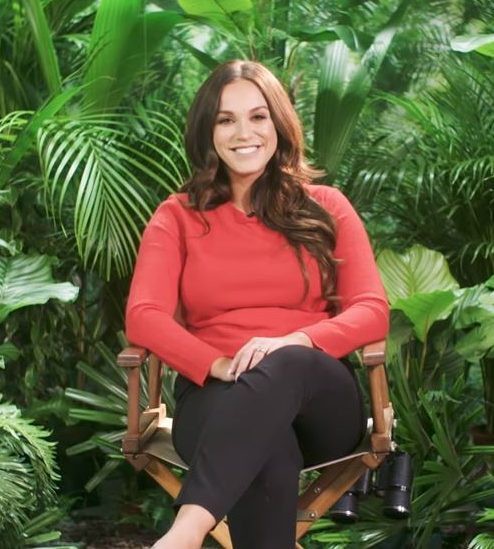 LAST night we saw Cliff Parisi become the third person to leave this years Im a Celebrity Get Me Out Of Here and for me, Cliff has been the first real shock vote off!

Adele, I kind of understood – with the exception of McDonalds-gate and her first eating trial with Roman Kemp, the radio presenter has been pretty quiet.

And as for Andrew Maxwell, I was gutted he left but not surprised. By his own admission he was one of the lesser known people in the series and I think it boiled down to who had a stronger fan base.

But Minty? Come on! EastEnders is one of Britains most loved soaps and Minty was such a cheeky chappy and likeable guy in that I really thought hed have had the weight of the British soap fans behind him!

Sadly it wasnt to be – lets not forget Cliff was a late entry and I always think its a little bit harder for people who come in late.

Im pretty sure I remember hearing that myself and Christopher Biggins have been the only two latecomers in the whole series whove managed to win it! So the odds arent in your favour from the get go.

Its pretty difficult coming in late – in only a matter of days the campmates have managed to forge a bond, become a family and the sense of togetherness and camaraderie they feel towards each other is difficult to infiltrate!

Not to mention the viewers have already picked their faves – and the British public are pretty steadfast and loyal.

I remember when Ferne McCann and I walked in as late arrivals all those years ago, we received a very mixed reception.

To this day we joke that the reason were still such good mates is because when we first went in to the jungle no one else would speak to us! So Im gutted about Cliff its a real shame.

The pair discussed procedures in the shower

I was totally dumbfounded when Caitlyn suggested she knew someone who could fix Kates nose for her.

I honestly believe Caitlin is a lovely lady and meant no malice by it, but its still a tactless comment to make!

I reckon living in LA for years with a family who are incredibly familiar with surgical procedures has desensitised her to the seriousness and gravity that should surround cosmetic surgery.

Kate Garraway laughed it off and dealt with the comment like a true lady of course, but it still left a bit of a bad taste in my mouth.

Vicky defended James Haskell after he was accused of bullying

Ian Wright and Kate have been the latest camp leaders

In this day and age, with so much negativity, hate culture and social media pressure shouldnt we be lifting each other up?

Teaching young women that theyre beautiful as they are? Empowering and supporting one another? Im sure it was a joke and I know Garraz wont have taken any offence – shes one tough cookie after all.

But I just wanted to say: Kate Garraway, I think youre a BABE! And your nose is PERFECT as it is! And you cant be doing that bad pet, as serial lothario Myles Stephenson is after a portion!

So pay no attention to Caitlin and keep doing you – you complete cougar!

This week there have been a lot of bullying shouts directed at James Haskell and Im not sure Im standing for it!

JAMES IS NO BULLY BOY

Im a fan of James and his lovely wife Chloe Madeley so I hope this doesnt come across as biased, but I think that word is a serious allegation and unless someone has done something serious to warrant it you should refrain from using it!

James is a big fella, with a large personality but he also has a massive heart.

I think thats been so clear all series – hes a real team player too! Sometimes people forget we arent seeing absolutely EVERYTHING in camp.

When Andrew Maxwell did his exit interview with Ant and Dec, he said he wanted James to win, that no one does more for the camp and that hes a great leader!

Thats a big vote of confidence from someone who was actually in there, seeing Jamess behaviour first hand! So I think we maybe need to chill out on the bullying shouts.

Finally weve got some new camp leaders this week – Kate is in charge and Wrighty is her deputy.

I love these two and think theyll be great – and hopefully a bit of a rest from chores will cheer poor Ian up as hes been a little bit down in the dumps recently. A couple of days off dunny duty should turn that frown upside down!

Strictly fans fear for Will Mellor as he admits being ‘in bits’ during ’emotional’...

Resident Evil 4 preview — not at all how you remember it

Boris Johnson to make Covid statement to MPs this lunchtime after UK passes 100,000...