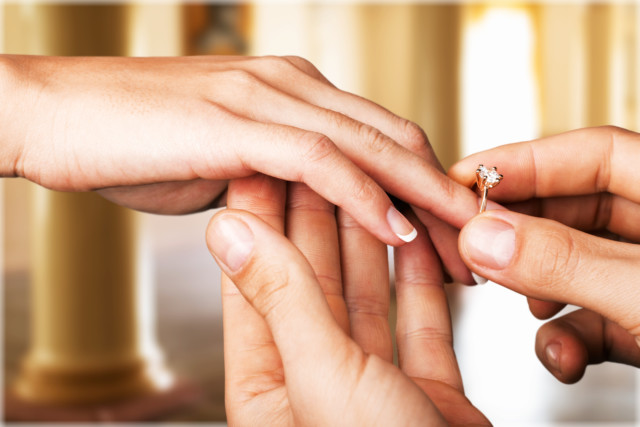 SOME wedding venues could be breaking the law to avoid giving couples refunds on cancelled weddings, according to a report by Which?.

The consumer group says some venues may be exploiting unfair terms and conditions to avoid paying refunds for weddings cancelled because of coronavirus.

Which? says some couples have faced issues when trying to get refunds

Which? heard from 25 couples who are having problems receiving refunds, sometimes worth tens of thousands of pounds, for cancelled or postponed weddings.

On March 23, the government said gatherings, including weddings could not go ahead because of the coronavirus pandemic.

In response The Competitions and Markets Authority (CMA) issued guidance on how refunds should be given for events including weddings.

It said businesses should refund customers anything they’ve already paid in most cases if they cancel and can’t receive a service because of the lockdown. Weddings were cancelled in March because of the coronavirus lockdown

There should also be no admin fees for doing this.

But due to a huge spike in complaints it is now investigating the market.

Of the couples who have contacted Which?, 20 couples said their wedding venue refused to offer a refund, made the process of getting one difficult, or did not offer them like-for-like dates or a refund if the new date was cheaper.

While 17 couples claimed the venue charged them a fee to rebook or cancel and 15 said the venue had introduced new terms and conditions to their booking.

Which? is reporting 12 wedding venues to CMA and it says this is just the tip of the iceberg.

Which? said it received the most complaints from Bijou Weddings, which has five venues in the UK and France.

Bijou denies any wrongdoing and says it is doing “everything in our power” to support couples whose weddings have been unable to go ahead.

Which? says some couples who booked with the company were told they faced a cancellation fee of 80 per cent of the cost of the wedding.

It also said Bijou had told some couples to first claim with their insurer instead, despite many wedding policies not paying out for cancellations because of the pandemic.

The consumer group didn’t say how many complaints in total it had received in regards to Bijou.

A spokesperson from Bijou said: “We have done and continue to do everything in our power to support them [wedding couples] – offering a variety of postponement options for both later this year and for the same month as their original wedding, if possible.

“We have not cancelled any weddings at all but merely acknowledged that unfortunately, due to the pandemic, we cannot host them at the given venue on the given day.

“We provided all couples impacted with information and documentation regarding their contracts and cancellation charges so that any who had insurance could initiate claims, and have tried to work with all couples on finding a mutually acceptable date to postpone to.”

Adam French, Which? Consumer Rights Expert, said: “We believe there may be a serious, industry-wide issue with wedding venues ducking their legal responsibilities on refunds and cancellations by using potentially unfair terms and conditions

“While many wedding venues may have been financially impacted by the coronavirus crisis, couples who are likely to be devastated at having to cancel their big day should not be forced to bear the cost.”

As well as two Bijou Weddings venues, Which? has shared information with the CMA on 10 other wedding venues who have potentially unfair terms and conditions.

A number of pubs and restaurants have issued plans for reopening.

Car dealerships and open air markets are also gearing up to reopen.

While charity shops have also been given guidance on how they can safely operate when lockdown restrictions are lifted.

I ordered a £6.99 sundae at Hungry Horse but what I was served instead was unbelievable

Jonathan Ross’s daughter Honey goes topless on the beach and says her ‘fat a**’...

More asylum claims this year than at any point in almost TWENTY YEARS, new...