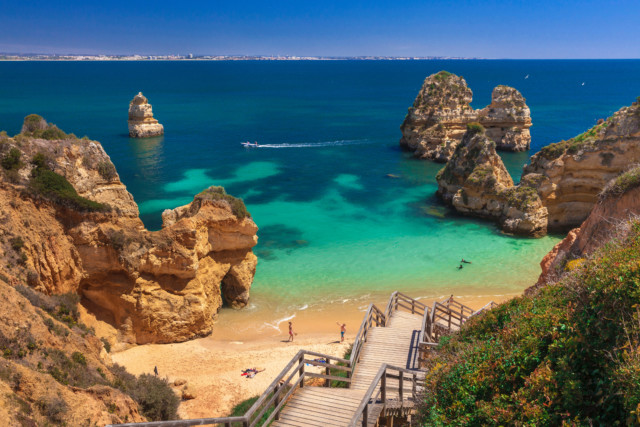 BORIS Johnson is set to announce ‘air bridges’ with a number of low coronavirus rate countries on June 29.

The ‘bridges’ could allow Brits to skip quarantine when arriving back in the UK after travelling, as well as any isolation requirements in the selected countries.

Air bridges are expected to be agreed with a number of countries including Greece, Portugal (pictured) and Spain, by the end of the month

This could include Greece, Portugal and Spain, as well as overseas UK territories including Bermuda, the British Virgin Islands and Gibraltar.

The Foreign Office is also expected to relax its guidance against Brits making any non-essential travel abroad.

An source told The Telegraph: “The plan is to announce a small number of air bridges on June 29, though it won’t come into force until July 4.

“Obviously it will depend on factors such as the scientific advice and the level of coronavirus infections at the time.”

June 29 is the date for the Government’s first review of its controversial quarantine policy, which came into force last week.

The Health Secretary Matt Hancock confirmed to Radio 4’s Today programme yesterday that the government is close to introducing travel corridors with certain countries soon – meaning there would be no need for travellers to quarantine on arrival in the UK. “The quarantine policy is important because there are some countries around the world where this virus is not under control, however, there’s other countries where it may be safe to be able to not have a quarantine in place.

“So ahead of the formal review of the quarantine arrangements on the 29th of June, I’m working with Grant Shapps on whether there are countries that have a low rate of infection where we can come to an agreement on a travel corridor.”

Travel between the UK and France will also be raised in a meeting between the two countries this week, Boris Johnson has said. 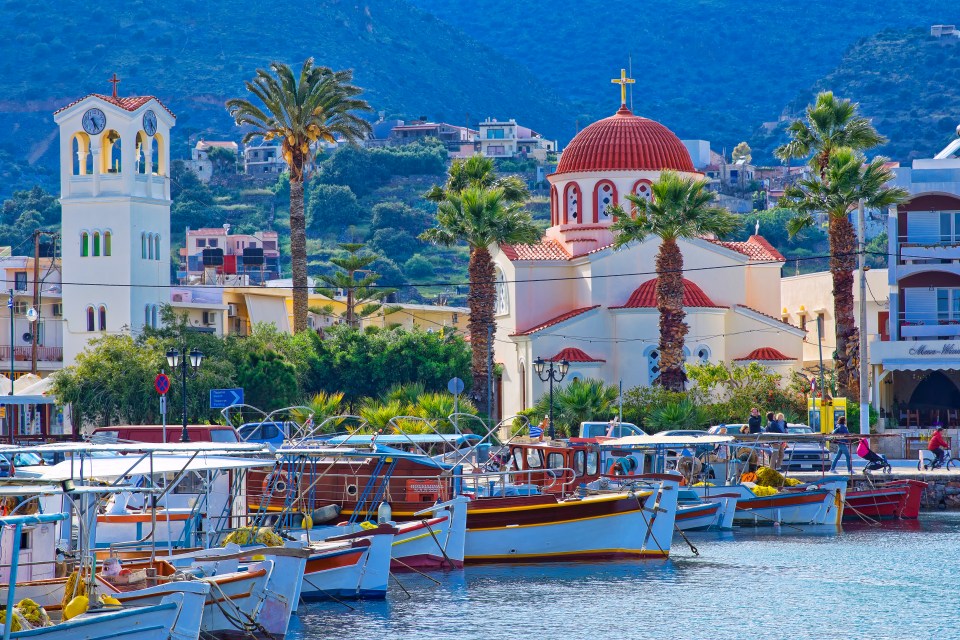 Brits could be heading off to Greece on holiday as early as July, if the government announce an air bridge with the county next week

The Prime Minister is believed to have talked with French president Emmanuel Macron about how people can move safely between the two countries when Mr Macron came to Britain yesterday.

He also reiterated that air bridges, enabling holidaymakers to travel overseas without entering self-isolation when they return, were being considered.

It comes after Transport Secretary Grant Shapps indicated that the Government is “actively working” on introducing travel corridors, to help the struggling tourism industry.

Speaking at Tuesday’s Downing Street press conference, Mr Johnson said: “Obviously I will be talking to Emmanuel Macron about all sorts of ways in which we can bring our countries together, making sure that eventually we will be able to travel freely to and from each other’s countries. “The same goes obviously for Spain, as soon as we can.

“The reason for having the quarantine system is very simple – we don’t want to re-import the disease just at the moment when we’ve really got it under control in this country.

“But we’re certainly looking at air bridges and ways to ensure that people can safely go on holiday eventually.”

Most international arrivals into the UK are required to go into self-isolation for 14 days, while in France, a two-week quarantine is currently in place for UK visitors. Earlier on Tuesday, Mr Shapps told LBC radio: “We won’t be in a position to announce which countries – where reciprocal arrangements go in place – until the 29th.

“So don’t expect anything this week, I think I’m right in saying it’s only the end of next week.”

All passengers, bar a handful of exemptions, have to fill out an online locator form giving their contact and travel details, as well as the address of where they will isolate.

Mr Shapps said the measure was introduced because “we don’t want to go back to kind of importing (the virus) or Brits going abroad and bringing it back with them”.

A group of more than 500 travel and hospitality businesses campaigning against the policy said last week they had “received private assurances from senior Government sources that travel corridors will be in place from June 29”. Travel between the UK and France will also be raised in a meeting between the two countries this week, Boris Johnson has said

Spain has warned that it may impose its own 14-day quarantine requirement for UK tourists.

Foreign affairs minister Arancha Gonzalez Laya told the BBC’s Hardtalk programme: “We will be checking what the UK will be doing and we will be in dialogue with the UK to see whether or not we should be introducing reciprocity as they have different measures than the rest of the EU.”

She added: “The health situation … is a little bit better in Spain than it is in the UK.”

This came after Spain’s prime minister Pedro Sanchez announced over the weekend that tourists from many European nations would be welcome from June 21.

A number of other countries on the continent eased their border restrictions on Monday, but many have maintained entry restrictions for UK holidaymakers.

Destinations that do not require UK holidaymakers to enter quarantine include Belgium, Portugal, Italy and Switzerland.

Airline trade body the International Air Transport Association said rapid Covid-19 testing of passengers from countries considered as higher risk could remove the need for “burdensome and intrusive measures such as quarantine”.