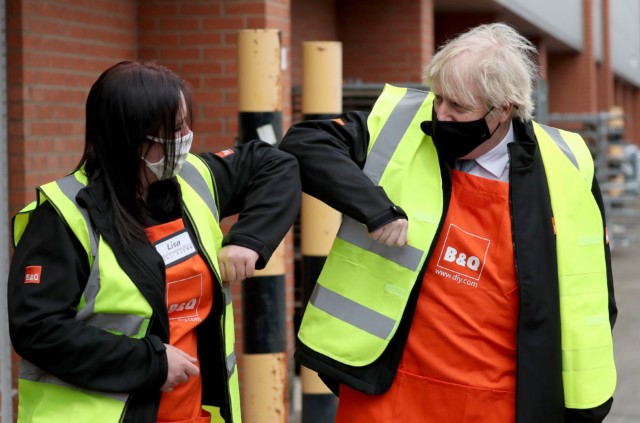 PEOPLE may have to take Covid tests or show immunity to go to the pub if they haven’t had the vaccine, Boris Johnson said today.

The PM is due to update the nation on vaccine passports and international travel on Monday, but no final calls have yet been made.

More than half the adult population have had their first vaccine, and ministers are looking at the role the passports could play in future for unlocking the economy in the months to come.

But the PM has already said they won’t be a part of his current roadmap which will see pubs open outside from April 12.

The review may allow individual businesses to set their own rules, the PM has already suggested.

Ministers have stressed that they cannot rely on vaccine passports alone, and have indicated if they do allow pubs to demand them, they must also give the option for anti-body tests or Covid tests too.

It may mean that some pubs which choose to allow vaccine passports will have to let people in if they show they have already had Covid, or that they’ve had a negative test.

The PM is worried just relying on vaccine passports alone could create a two-tier system.

He’s keen for covid testing to be a part of any plans to open up the economy again, so it wouldn’t discriminate against people who can’t have the jab for medical reasons.

Mr Johnson also suggested today it was likely that people would need a vaccine passport to travel abroad.

In his strongest words yet, he said: “There’s definitely going to be a world in which international travel will use vaccine passports.

“You can see already that other countries, the aviation industry, are interested in this and there’s a logic to that.”

Countries around are setting up plans to ask people to prove their vaccination status before they are allowed in.

But Britain hasn’t yet confirmed it will definitely be using them.

Michael Gove is conducting a review into the idea at the moment, and the PM has said he will give an update on Monday.

At the moment going on holiday is illegal – and travelling abroad without a valid reason in England could land you a fine of £5,000.

Everyone who does go abroad has to fill in the correct paperwork – or they will face a £200 fine.

The news comes after Wales’ First Minister Mark Drakeford said earlier he hopes the PM puts back the date when people can go on holiday again.

He’s not yet outlined a date in stone, but has said he hopes it could restart from May 17 onwards. Love Island Australia kicks off with the ‘sexiest singles yet’ – and there’s even...

Scotland will make older kids masks at school – but UK Gov says it...