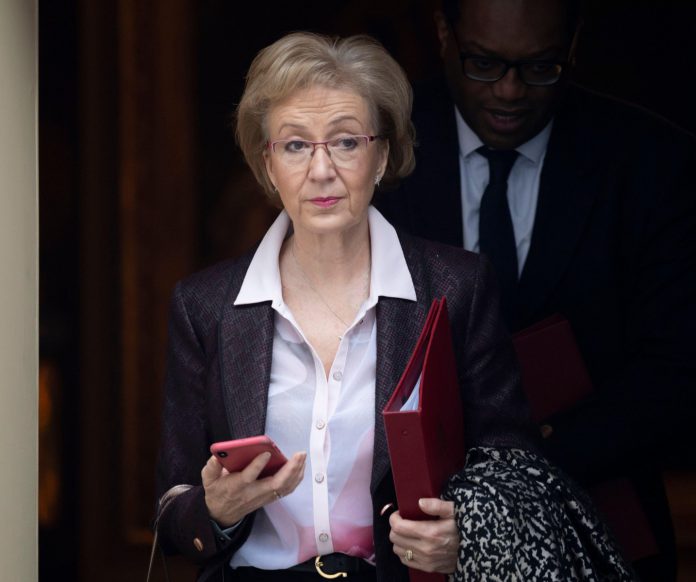 BUSINESS Secretary Andrea Leadsom has offered to give evidence of John Bercows bullying to stop him getting a peerage.

Parliaments standards watchdog is considering whether to probe the former Commons Speaker over bullying allegations from several of his former staff.

That investigation could scupper his chances of entering the House of Lords.

Sources close to the body which vets people nominated for a peerage said it would not clear anyone who is subject to an ongoing investigation.

Mrs Leadsom, who regularly clashed with Mr Bercow over his conduct when she was Commons Leader, has said she is prepared to be a witness herself if there is an investigation.

An ally of Mrs Leadsom said: If there is an inquiry into bullying allegations she will be willing and expecting to give evidence.

Mrs Leadsom told friends: Bercow will go to the Lords over my dead body.

In his autobiography published this week, Mr Bercow accused her of weaponising the bullying allegations against him.

He writes that it was feeble and sinister for her to cry bully.

Mr Bercow has denied all the claims.

Ministers are hoping that delaying his peerage will see him dropped from Labours nominees list by the partys new leader in April.

Love Island fans shocked at state of the girls dressing room after ONE day...