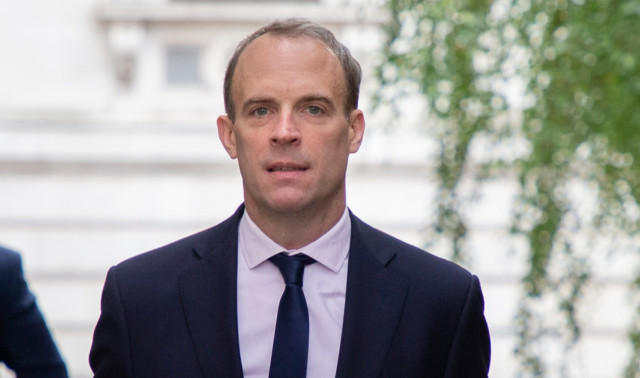 Moscow is flooding social media with posts pretending the jab will turn people into monkeys. They are peddling lies about the vaccine in a bid to get countries to buy its rival Sputnik version instead.

One poster features an image of King Kong wielding a syringe with the words: “Don’t worry, monkey vaccine is fine.”

Tearing into the scare stories, the Foreign Secretary said the vicious campaign could cost lives.

Mr Raab told BBC Radio 4’s Today programme: “It’s a shabby piece of disinformation, but it is very serious because it is an attempt to disrupt the attempts to find a safe vaccine.

“We know that Russia has a track record of using disinformation as a foreign policy tool. “But actually any attempt to spread lies about Covid-19, and the vaccine in particular, when we’re trying to come together as an international community to resolve a global pandemic is utterly deplorable.”

The Oxford vaccine is one of the world’s leading contenders to combat Covid.

Professor Pollard said the UK has no hope of returning to normality until mass immunisation is well underway, meaning restrictions will be needed until next summer. Ministers have said there is a chance a vaccine can be proved effective by the end of the year.

But there are fears that even if scientists are successful, bogus conspiracy theories could deter people from getting the life-saving jab.

Russia has a long history of peddling fake news to sew fear and discontent in the West. Did you miss our previous article…
https://www.hellofaread.com/politics/brexit-trade-talks-are-over-and-britain-must-prepare-for-no-deal-boris-johnson-declares/

Stray notebook guide: Where to find every notebook

Manchester Mayor urges people NOT to visit family & friends in homes despite lockdown...

Hollyoaks Later will be the goriest yet as serial killer Breda McQueens reign of...