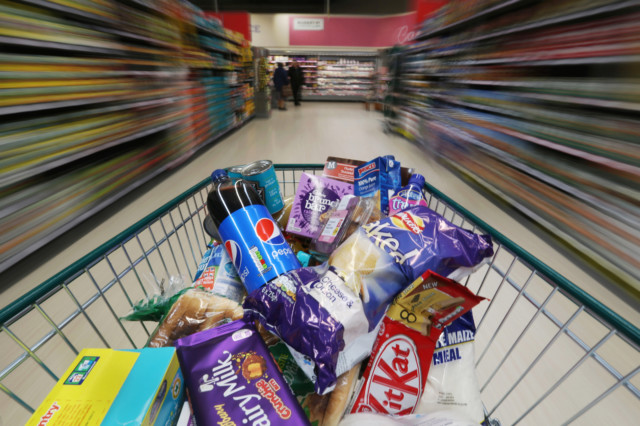 FAMILIES will see their shopping bills rocket by £160 a year because of government eco and anti obesity schemes, a new report warns.

Poorest Brits are set to be the hardest hit and will see bills rise by a massive 11 per cent, the Food and Drink Federation (FDF) warned.

The FDF accused No10 of “insulting hardworking families” by slapping new curbs on food without coming clean about the monster costs for consumers.

Ian Wright, boss of the FDF, said: “The Government needs to understand the costs of the changes it is demanding and the impact it would have on the cost of household food and drink shopping.

“The suggestion that we should introduce further food taxes at this time is madness.”

The FDF says food companies are set to face a whopping £8.3 billion in higher costs over the next three years thanks to government meddling.

This is down to the soft drinks levy, a ban on buy one get one free offers and daytime advertising of sugary and salty snacks.

Eco projects including the plastic packaging tax and a bottle deposit scheme will also whack up costs, the FDF said.

Already hammered by Covid, many food businesses will pass the higher costs straight on to consumers in higher prices, they warned.

The trade body urged ministers to rethink the policies or delay their introduction so firms have more time to go green without stinging Brits with higher bills.

He said: “Food and drink manufacturers are close to breaking point.

“Through the last 16 months our workers have made truly heroic efforts to keep the country fed. “Yet now they face a combination of challenges which threaten to deliver food price inflation to already hard-pressed households.”

Their stark warning comes just days after Boris Johnson was forced to publicly deny he is considering a new snack tax after Government Food Tsar Henry Dimbleby called for one.

Experts warned that policy alone would add an eye-watering £160 to shopping bills.

Jacqueline Jossa says trolls branded her the new fat Lauren as she reflects on...