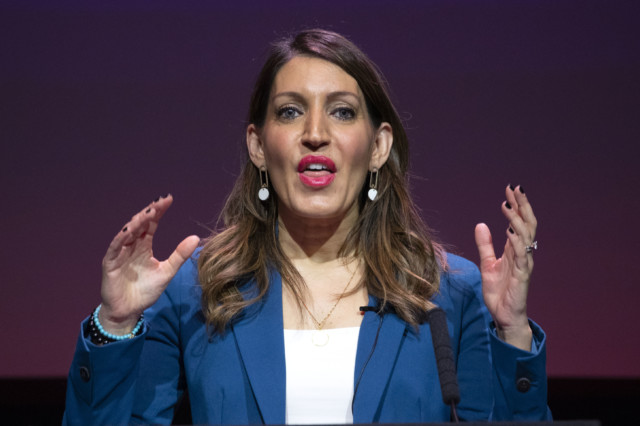 A SENIOR Labour MP has sparked fury for suggesting Boris Johnson is only fiercely supporting Ukrainians because they are white.

Rosena Allin-Khan, the shadow mental health minister, said the government has “stepped up” because “they look more like us”.

She implied the British response to recent conflicts in the Middle East has not been as strong as a result.

The PM has won praise, not least from Ukraine’s heroic President Zelensky, for showing leadership in staring down Putin.

But Ms Allin-Khan told the Political Party podcast: “We always have to understand, and I think that’s what we lack sometimes in the UK, is it feels so much like an ‘us and them’ when we look at foreign policy issues. “And I think what a lot of people have felt with the Ukraine issue – and understandably so – is the reason that our Government seems to have stepped up and done more is because they look more like us.

“That’s a very difficult thing to say out loud, but that is the perception, quite rightly.”

She added: “I don’t think we handled Afghanistan right at all. And I don’t think our response to the Syria crisis is the same as it is in Ukraine.”

Ms Allin-Khan, an NHS doctor who recently flew to Ukraine herself, did take her hat off to the PM for going to Kyiv in solidarity with President Zelensky.

But she faced anger last night for her inflammatory remarks.

Tory MP Tom Hunt told HOAR: “Sadly this is more evidence that no issue can go by without the Labour Party looking to play divisive identity politics. Harry & Meghan seen together in Europe for first time since Megxit

“These comments made by a senior Labour politician are grossly offensive to millions of people up and down the country.”

Since 2012 the UK has sent £2.8billion in humanitarian aid to war-torn Syria, and last year launched a new refugee scheme for Afghans fleeing the Taliban. Did you miss our previous article…
https://www.hellofaread.com/politics/criminals-may-be-forced-into-court-for-sentencing-after-sabina-nessas-killer-refused/

Piers Morgan says he made things ‘too personal’ with Prince Harry and Meghan Markle...