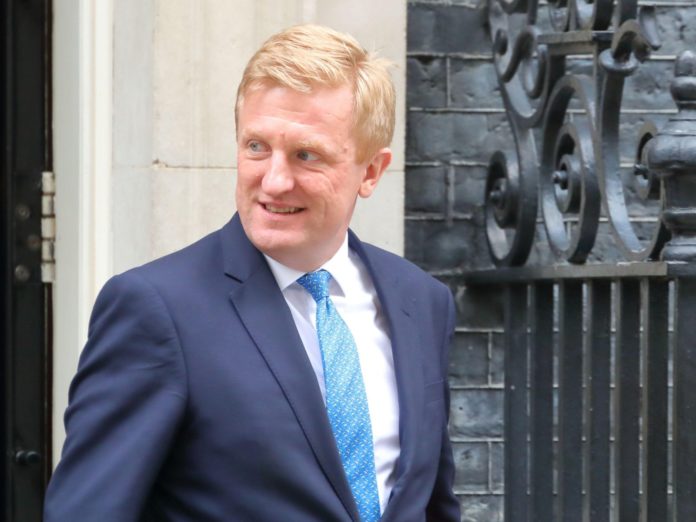 Oliver Dowden said this morning that Boris Johnson had stressed back in March he expected the country to be able to “turn the tide” in 12 weeks – and that appears to be what is happening.

And he added that the PM was worried about lifting the lockdown restrictions too early and was cautious about changing them.

Mr Dowden told Radio 4: “The PM is very concerned about a second peak if we lift the restrictions too soon.

And when asked if the lockdown would be wound back at the start of next month, as some recent reports suggest, he replied: “We said right at the beginning of this and the Prime Minister said he expected this peak to last around three months.

“What’s happened is kind of consistent with that.”

Britain has been in full lockdown for four weeks so far – since March 23 – and is due to have another two weeks of shutdown at least.

The PM claimed Britain could make a significant impact on the spread of coronavirus over 12 weeks, back on March 19.

That could mean some restrictions stay in place for another two months.

Last week Grant Shapps suggested that Brits may have to continue to work from home over the next few months.

And schools won’t reopen until June at the earliest, Government sources confirmed last night – although Gavin Williamson said he would not provide any specific dates.

And yesterday Michael Gove refused to deny that pubs – which are expected to be the last to reopen – will not be able to do so until nearly Christmas.

It came as NHS England announced 429 new deaths of people who tested positive for Covid-19 – the lowest number in a fortnight. It is hopes that the figures are showing that Britain’s lockdown is working and the numbers of cases and deaths is expected to soon decline.

This afternoon No10 stressed that the Government did not want to do anything which would risk a rise in cases in future.

They said: “We are not going to take any steps which could lead to a second peak.

“If you move too quickly the virus could begin to spread exponentially again.

“The public will expect us to do everything we can to stop the spread and protect life.

“As the First Secretary of State has said, a second peak is not just damaging for health, but we would also end up in a second lockdown.

“We are taking the right decisions based on the scientific advice.” Boris Johnson is receiving daily updates on the Government’s response to the coronavirus crisis but is not working, Downing Street said earlier.

The Prime Minister remains at his country retreat Chequers where he is still recovering from his illness. But he’s getting daily updates from his team.

Dominic Raab is continuing to deputise for Mr Johnson, and is expected to stand in for him at Prime Minister’s Questions on Wednesday. Stacey Solomon shares snap from the TOILET as she uses the loo while baby...