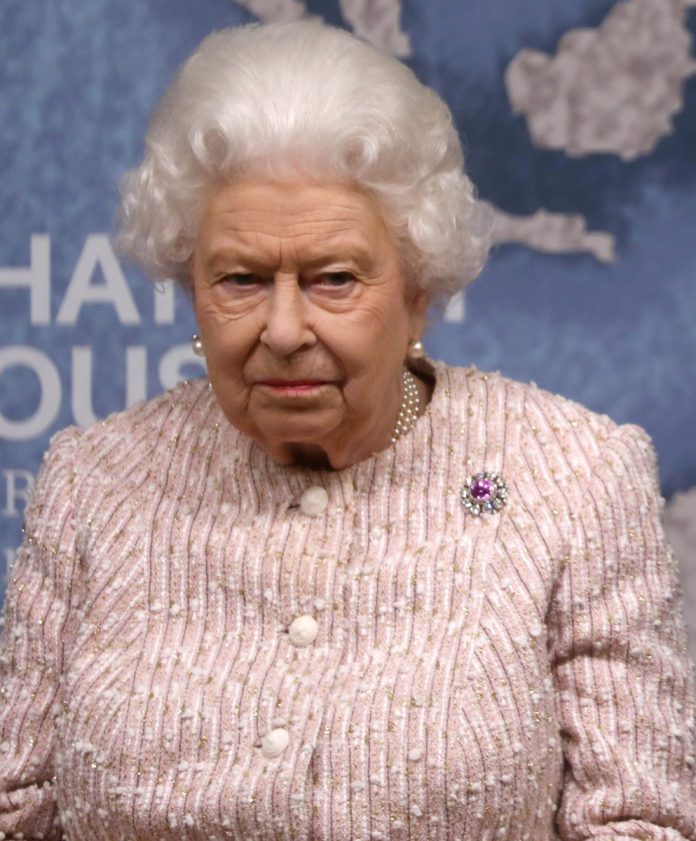 THE Queen put on a brave face last night after summoning sex scandal-hit Prince Andrew to Buckingham Palace to strip him of all royal duties.

Prince Andrew was summoned to Buckingham Palace on Tuesday

The Duke of York, under fire after claims he bedded a 17-year-old and for his friendship with billionaire US paedophile Jeffrey Epstein, will conduct no royal or public duties and will step back from all patronages.

He has also pledged to co-operate with authorities investigating Epstein, opening him up to serious criminal risk.

It was a drastic decision for the Queen because Prince Andrew is her favourite son. And he is unlikely to return to a frontline royal role.

Tonight, a friend of Andrew revealed: The Queen summoned the Duke to Buckingham Palace to tell him her decision.

It was a devastating moment for both of them. His reputation is in tatters.

“It is unlikely he will ever perform royal duties again. He is disgraced.

‘THE QUEEN IS HORRIFIED’

Andrew will no longer receive his Sovereign Grant allowance because that funds expenses for his official duties, such as travel.

But he will receive his income from the Queens private funds.

Her Majesty, 93, was seen at a function just 24 minutes after the Palace released the Dukes bombshell statement on stepping down.

It followed days of media scrutiny after his attempts to defend himself in Saturdays disastrous Newsnight interview were derided.

A royal source said: The Queen was privately very disappointed with Prince Andrew, despite the public efforts to rally round.

Its wrong to think that she just accepted his version of events, that the interview had gone well and there was nothing to worry about.

She saw the fallout and was very unhappy. She has spent her whole life protecting the monarchy and in just one week her sons actions threatened to tear it apart.

“Something had to be done to draw a line under all of this.

Royal author Penny Junor said: This is absolutely unprecedented that a fairly senior member of the Royal Family should be forced to retire from public life.

She added: I would think the Queen is horrified.

Prince Andrews statement, on his parents 72nd wedding anniversary, says the Queen gave permission for him to bow out of royal duties.

He says he is willing to help any appropriate law enforcement agencys investigations into convicted sex offender Epstein, found dead in his jail cell in August.

And he expresses sympathy for Epsteins victims, which he had been accused of not showing in his BBC interview.

HOAR can reveal Andrew, 59, held crisis talks on the phone with Charles, 71, who is in New Zealand.

Charles made it clear his brother must step down from royal duties.

A senior Palace source said: Charles was very involved in the decision as heir to the throne. He knew action had to be taken. The Duke knew he couldnt fight any more. His royal career is over.

Andrews life will transform overnight. A Palace courtier said: He is stepping back from all his patronages as well.

“There will be no activity for any charities. No public activities whatsoever.

But the Queen has told him he remains a member of the Royal Family. He will still appear during Trooping the Colour and on the balcony at major events.

Social historian Professor Judith Rowbotham compared the developments to the 1936 abdication of Edward VIII to marry US divorcee Wallis Simpson. She said: There are plenty of parallels there.

Im far from surprised because the Duke of York was ill-advised to undertake the interview.

Ms Farmer, who claims Epstein and Maxwell sexually assaulted her in 1996, said: I saw Ghislaine going to get the women. She went to places like Central Park.

“I was with her sometimes and she would say, Stop the car! She would dash out and get a child.

Maxwell denies all allegations of wrongdoing.

In another development, a letter to The Times from Buckingham Palace has cast doubt on when Andrew first met Epstein.

The 2011 letter, from the Duke of Yorks then private secretary, says they met in the early 1990s not in 1999 as the he said in his Newsnight interview.

The Palace said he stands by his recollection of events.

Coronation Street villain Ray Crosby has secret link to a character and will become...