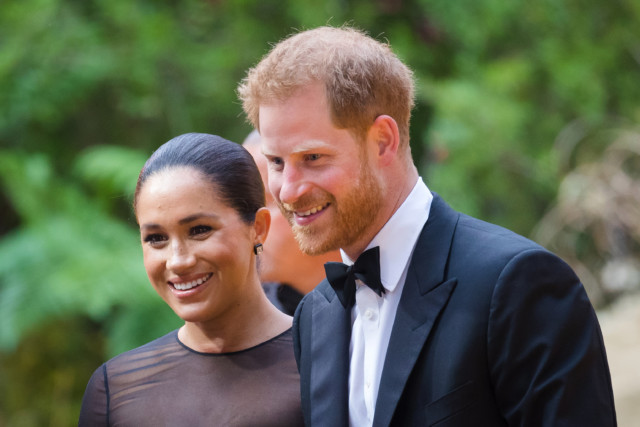 MEGHAN Markle and Prince Harry are planning a TV show on racism and feminism that takes a “political stance”, insiders have claimed today.

The Duke and Duchess of Sussex have reportedly pitched the series to producers just months after quitting the Royal Family.

The Royal Family has to remain strictly neutral with respect to political matters and while there is no law to prevent it, they generally don’t vote to remain impartial.

A TV insider told The Mirror: “They have suggested a series focusing on the empowerment of women and young girls in today’s world.

“It will home in on race issues, something Meghan has always been passionate about. It’s got quite a political stance and will also draw on feminism.

“They want the series to continue their vision of empowerment for young people.”

And it was even suggested the couple themselves would appear on the programme although the source said “it’s about ‘normal’ people, not them.”

Inside sources have previously claimed that NBC Universal was among the media outlets who heard the former royals’ pitch.

A meeting is said to have been set up with top executives at the company, including Bonnie Hammer, the chairman of NBCUniversal Content Studios, who knew Markle from her years as an actor on Suits.

The couple are also close friends with Oprah, with Harry last year announcing he would be partnering with the chatshow queen for an Apple TV+ series about mental health..

Meghan and Harry have becoming increasingly outspoken since quitting the Royal Family and moving to the US.

It had previously been claimed Meghan had been “frustrated” by the strictly apolitical stance she had to take on joining the Royal Family. Meghan and Harry are now living in Santa Barbara Meghan and Harry are friends with chatshow queen Oprah, who is seen here at their wedding Meghan and Harry were seen meeting Beyonce at the Lion King premiere in London, with the Duke seen suggesting his wife do voice over work with Disney boss Bob Iger

Just this week, the former actress was unveiled as a surprise guest in Michelle Obama’s campaign to get people voting.

This follows Meghan, who is currently living in Santa Barbara, confirming she will be voting in the upcoming US presidential election and urging people to vote.

Meghan appeared to take a dig at President Donald Trump ahead of the US election by saying: “We all know what’s at stake.”

And Good Morning Britain host Piers Morgan hit out, saying: “Queen must strip the Sussexes of their titles.

“They can’t remain as royals & spout off about foreign elections in such a brazenly partisan way.”

Meghan’s first post-Megxit job in showbiz was as a narrator of the Disney Plus docuseries Elephants, which came out in April this year.

The 39-year-old nabbed the job after Harry bragged about her voice-over skills to Disney chairman Bob Iger at the London premiere of The Lion King live-action remake last summer.

Harry has also taken the spotlight – by appearing in Netflix’s documentary about the Paralympic Games called Rising Phoenix, which is set to air on August 26.

Representatives for the Duke and Duchess of Sussex have been approached for comment. Meghan and Harry are seen volunteering at baby2baby this week

Health spending to rise by another £11bn in Budget just weeks after NHS was...

Scotland will make older kids masks at school – but UK Gov says it...