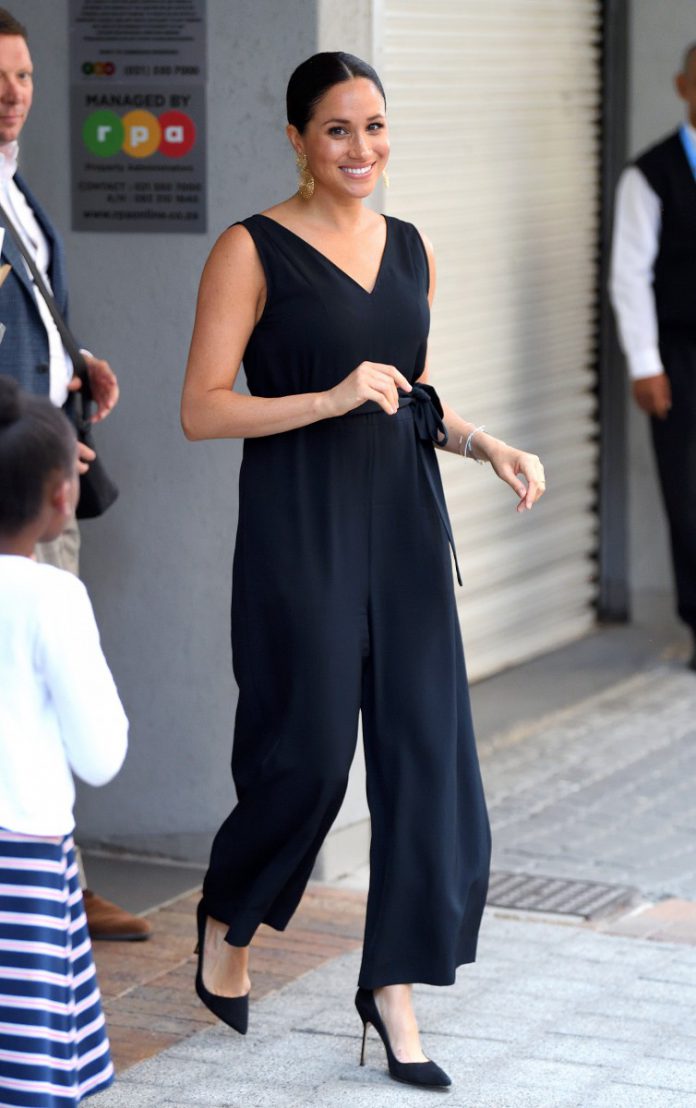 SINCE she married in the Royal Family last year, Meghan Markle has perfected the art of sophisticated, Duchess dressing.

From her stunning South Africa wardrobe to THAT engagement interview dress she recently recycled, there’s no denying the Duchess of Sussex has developed a signature style that’s all her own – and according to a close pal, Meghan is still making all her own fashion choices.

Long before she was a member of the Royal Family, Meghan starred as Rachel Zane in hit legal drama Suits with Abigail Spencer.

Despite the fact that Meghan quit acting after her engagement to Prince Harry was announced, the pair have remained close – with Abigail attending both the Duchess’ wedding and her New York baby shower in February.

When quizzed by People magazine about Meghan’s sense of style (and whether she ever raids her wardrobe), Abigail said: “I think she always looks incredible so I think it’s more about rooting her on.”

Admitting that she’s in awe of her pal’s wardrobe, the star added: “She does it all herself.”

Meghan is often pictured wearing products from sustainable fashion houses – such as the 85 shirt she wore by With Nothing Underneath for a SmartWorks photoshoot and a 350 eco-conscious ring that reflects her love of animals.

Abigail also went on to describe it as a “honour” to attend Prince Harry and Meghan Markle’s wedding last year.

She added: “It was incredible. Everything was an extension of them and their love.”

And Kim Kardashian has said she can relate to Meghan Markle and Prince Harry‘s push for “privacy” and a “safe place”.

Plus Meghan Markle paid tribute to Prince Harry and baby Archie with two of her favourite gold necklaces.

Pubs face being shut or fined £4k by local councils if they’re not Covid...

Strictly’s Shirley Ballas tells bookies’ fave Maisie Smith not to get cocky — and...