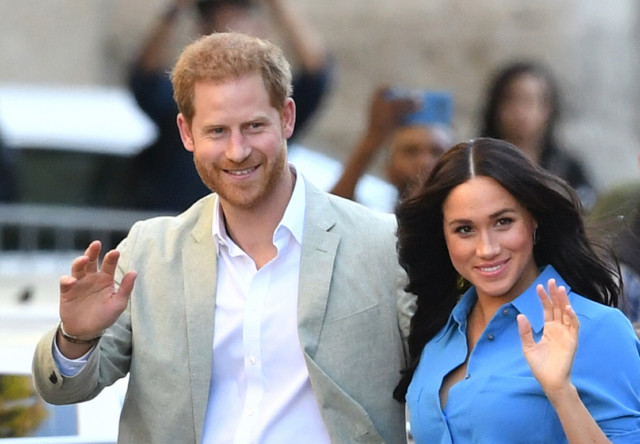 MEGHAN Markle has lodged a bid to postpone her privacy trial against the Mail on Sunday and her estranged father.

The Duchess of Sussex has lodged an application asking for the case to be adjourned.

Meghan Markle has asked for the case to be delayed

A trial was set to take place in London on January 11 with the duchess due to give evidence against her father Thomas Markle, 75.

A case management hearing was due to take place tomorrow but the Justice Warby in the High Court will now instead hear Meghan’s application for an adjournment.

The duchess is seeking damages for alleged misuse of private information, breaching the Data Protection Act and infringement of copyright over five articles published in February 2019 which included extracts from the “private and confidential” letter to her father.

Last month Meghan lost a court battle to block claims she allegedly co-operated with the authors of Finding Freedom.

She was accused of feeding personal information to the writers of the biography to “set out her own version of events in a way that is favourable to her”.

Associated Newspapers claimed Prince Harry’s wife had herself leaked details of the letter to the media through friends.

The publisher argued that Meghan was “pleased” when five friends spoke up to defend her in an interview with People Magazine, which mentioned the letter.

And last month the publisher sought permission to amend its defence to argue Meghan “co-operated with the authors of the recently published book Finding Freedom to put out their version of certain events”.

Anthony White QC, for the MoS, said: “[Meghan] has allowed information about her private and family life, including her relationship and communications with her father and the letter, and the private and family lives of others, to enter the public domain by means of the book.”

Judge Francesca Kaye ruled The Mail on Sunday can rely on Finding Freedom in its defence in the High Court.

“If it’s a house of cards, then it will quickly fall down at trial. But I’m satisfied the amendments are arguable.”

She added that Meghan “knows the case she has to meet” and that “there is no suggestion that she is in fact unable to do so”.

Meghan’s lawyers have fiercely denied she had collaborated with the authors – even calling the stories in Finding Freedom “extremely anodyne, the product of creative licence and/or inaccurate” in a bid to distance her from it.

The Mail on Sunday claims Meghan knew it was “likely” her father, Thomas, would publicly share the letter, and had given a copy to the Kensington Palace communications.

Finding Freedom author Omid Scobie claimed in his witness statement it was “false” to suggest Harry or Meghan collaborated on Finding Freedom, which made bombshell claims about the couple and Megxit from the royal family.

Meghan, who is currently living in the US with Prince Harry and their one-year-old son Archie, is suing ANL over five articles in total, two in the MoS and three on MailOnline, which were published in February 2019, and reproduced parts of a handwritten letter she sent to her father in August 2018.

ANL wholly denies the allegations, particularly the duchess’s claim that the letter was edited in any way that changed its meaning, and says it will hotly contest the case.

A ten-day trial was expected to provisionally begin on January 11 but could now be delayed.

For the latest news on this story keep checking back at Sun Online.

Thesun.co.uk is your go to destination for the best celebrity news, football news, real-life stories, jaw-dropping pictures and must-see video.

Holy editor Martin Bashir is god-awful, but he is the saviour of The X...