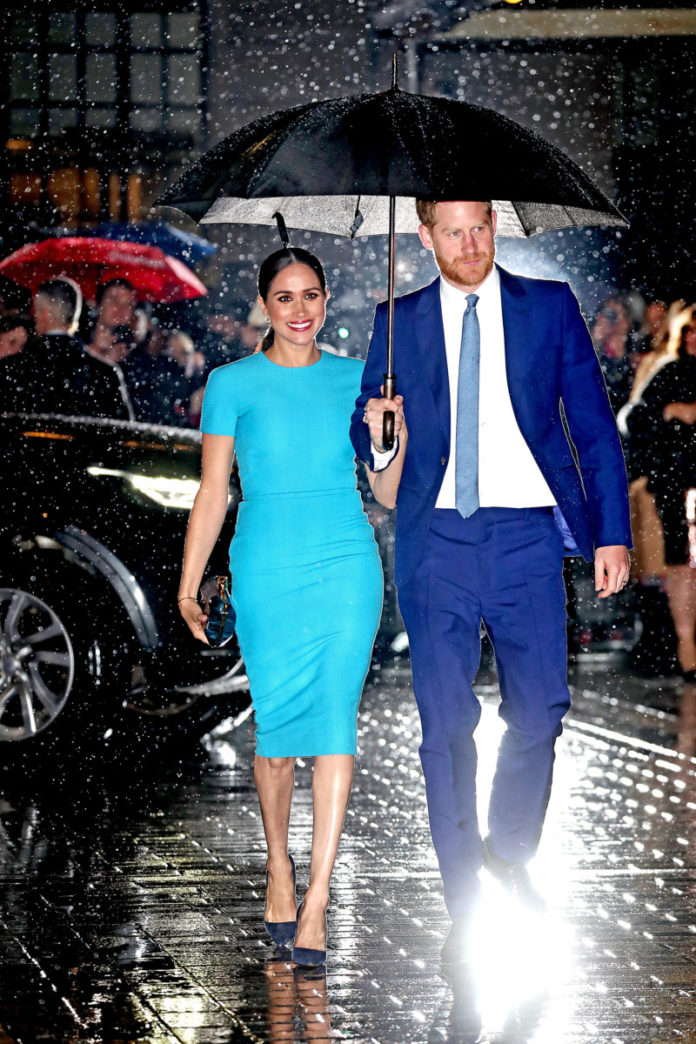 PRINCE Harry could be asked to give up his Duke of Sussex title to become a fully fledged US citizen after quitting Canada for California.

If he and wife Meghan choose to settle in the US permanently, Harry may have to formally let go of any nobility from another country.

This week we revealed the pair fled from their bolthole on Vancouver Island to Los Angeles amid the coronavirus crisis.

They took a private flight to the Los Angeles area before the borders between Canada and the US were shut.

The Sussexes will set up a new home close to Hollywood, where we are told they are currently living in lockdown with their ten-month-old son, Archie.

But it could mean a big change for Harry if he wants to stay across the pond permanently.

As part of the process to become a full-time resident of the States the 35-year-old can apply for a Green Card in three years.

He will be asked “do you now have, or did you ever have, a hereditary title or an order or notability in any foreign country?”

If the applicant responds “yes”, they are then asked if they would give up the titles as part of a “naturalisation” ceremony.

A royal insider revealed: “This move was planned for some time. They realised Canada would not work out for various reasons and they want to be based in the Los Angeles area.

“They have a big support network there. It’s where their new team of Hollywood agents and PRs and business managers are based. Meghan has lots of friends there and, of course, her mum Doria.”

It is likely to force a fresh look at the protection offered by the Royal and VIP Executive Committee.

They could see their tax-payer funded security stripped by the group – made up of the Home Office, the Met Police royality protection command and Palace officials.

Meghan, 38, had begun a bid to become a UK citizen, but this is thought to be unlikely now as she will spend too much time abroad in their new life. The pair’s son, Archie, is a duel citizen of both the UK and the US.

News of the shock move came as US entertainment giant Disney pushed ahead with the release of a charity film about elephants, for which Meghan provides the voiceover.

The deal is believed to have been done after Harry cornered the company’s boss Bob Iger at the premiere of The Lion King in London last year.

US insiders close to the couple say financial reasons were one of the biggest factors for the move.

Our source said: “Initially Harry and Meghan wanted to be based in a Commonwealth country — Canada — and earn their own money while still performing some royal duties. But their plan very quickly fell apart.

“They were told getting work visas in Canada would be difficult and because Meghan remains a US citizen — so is taxed on her worldwide income — she would end up paying in the US and Canada.

“Then the Canadian government made it clear they would not contribute to their security costs so it made much more sense to live in Hollywood and only pay US tax.”

Their plan to quit the UK was revealed in a Sun world exclusive in January.

The pair thanked UK health workers from their new California mansion as the world battles the coronavirus crisis.

As thousands of Brits applauded the doctors and nurses on the front line from their homes and on their balconies on Thursday night, the couple took to Instagram to also offer their support.

“Applauding you from across the pond.” The last time the pair were in the UK, at an event at Westminster Abbey

Is Jacqueline Jossa morphing into Kylie Jenner? Check out how she the youngest Kardashian...