FREDDIE Slater recently returned to Albert Square after spending more than a decade away and he has questions for Billy Mitchell.

This prompts Honey Mitchell to give the market trader an ultimatum he has no choice but to respect next week in EastEnders.

He’s been on the lookout for answers about his dad, believing him to be Billy Mitchell 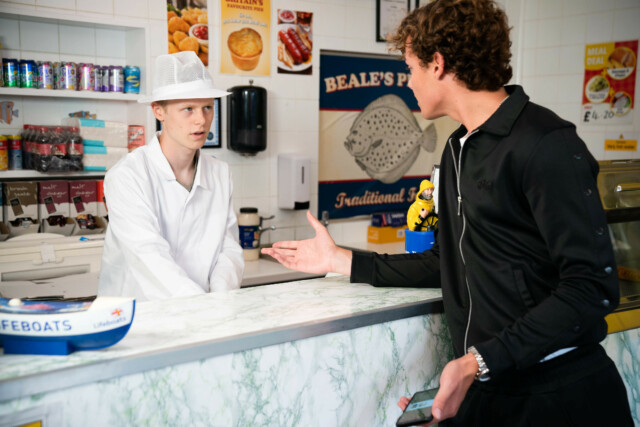 The lad is also settling down in Walford, looking for a job next week

The lad played by the late Jade Goody‘s son Bobby Brazier came to Walford in the hopes of finding answers regarding his father.

He was led straight to Billy Mitchell (portrayed by Perry Fenwick) who was once married to his mother, Little Mo Slater.

Upon his arrival, Freddie firmly believed that Billy was his father and even introduced himself to him as his son.

Little does he know that his mother was actually raped by Graham Foster, which ultimately to the breakdown of her marriage with Billy Mitchell.

But just as he was about to tell Freddie the truth, Billy was arrested by DCI Samantha Keeble.

Coming up, Billy gets a stern talk from Honey (Emma Barton) as she reminds him he’ll need to tell Freddie the truth at some point.

Another Albert Square could beat him to the punch, however.

As Billy is reminded that honesty is the best policy, Freddie tries to find a job in the Square next week, in an attempt to help the market trader pay for his legal fees.

He’s offered a trial shift at the chippy and, soon enough, impresses Bobby Beale into giving him a permanent position.

But when he overhears BIlly’s solicitor telling him he could face a long prison sentence, Freddie is more than determined to help, thus turning to Phil Mitchell.

Phil says he’s unable to help and Freddie turns to his son Ben Mitchell instead.

Unaware of his father’s involvement in the crime Billy is accused of, Ben helps Freddie out, finding Billy a good lawyer from Ritchie’s firm.

The Walford tough man has previously tried to warn Freddie away and is fuming to see his demand has been disrespected.

Raging, Phil decides to drop a bombshell on Freddie which could lead to more trouble for Billy.

How will Freddie react? 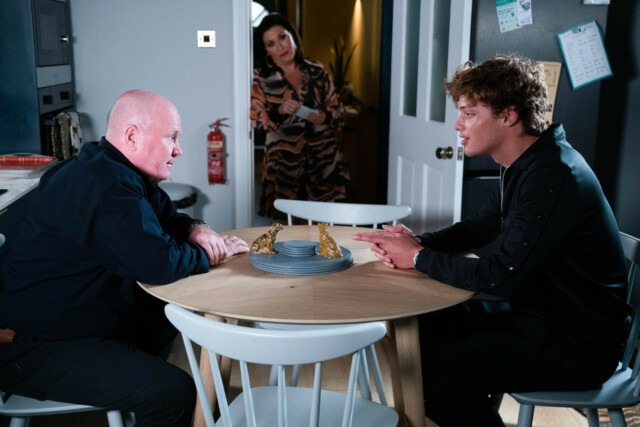 Phil Mitchell will drop a bombshell on Freddie next week 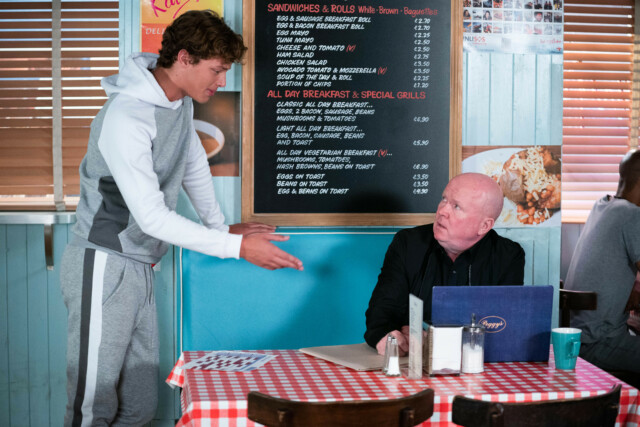 How will the lad react?
Did you miss our previous article…
https://hellofaread.com/soap-opera/coronation-street-viewers-all-have-the-same-complaint-during-tense-kelly-and-gary-scenes/

Many millenials ‘will only get Covid jab if vaccine passports are brought in for...

Brits divided over pub trips in coronavirus chaos as some say they WON’T be...