Charles Anderson’s daughter Naomi returned to the village tonight for a secret lunch with her brother Ethan, leaving Charles furious and confronting them both about it.

After Naomi stormed out, Manpreet followed her to try and convince her to stay and get to know Charles.

“Naomi I get that life has dealt you a bad hand but life hasn’t been a bag of roses for him either,” she said.

“This is your opportunity to get to know your real family.”

“What’s so great about family anyway?” hit back Naomi.

“Didn’t you sister murder like so many people? You can’t just pretend she doesn’t exist.

“And when Charles came to the bar that night he failed to mention that he’s got a psycho killer in the family.

Manpreet had had enough of being attacked by Naomi and told her: “Right. If that’s what you really think then maybe you should go away.

“Are you warning me off?” said Naomi showing her dark side.

“I decide whether I get to know Charles and Ethan, not you. I don’t need your opinion. And you better remember that because I don’t take too kindly to people who interfere.”

Manpreet asked if she was threatening her, with Naomi replying: “You tell me, you seem to know what I’m thinking…”

And fans are convinced she will be the next big villain in the village.

One wrote: “Think that naomi is linked to Meena.”

A second said: “That confrontation there really confirmed my suspicions Naomi was involved in Nicola’s attack.”

A third added: “Wow, Naomi seems to be potentially dangerous.” 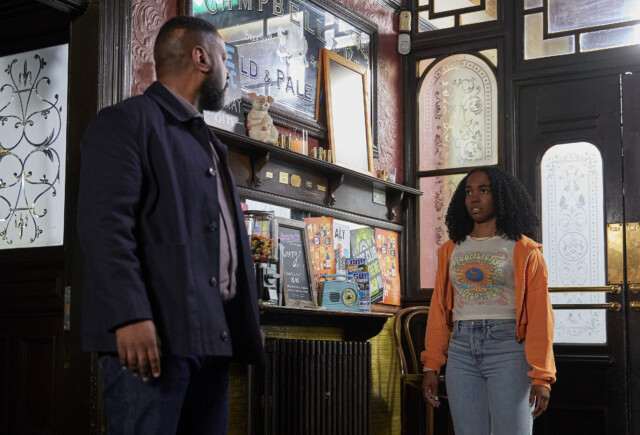 Meghan Markle ‘has gone worryingly quiet’ and is ‘struggling to cope’, relative claims

Molly Mae Hague gives away £8k of her OWN designer handbags and make up...