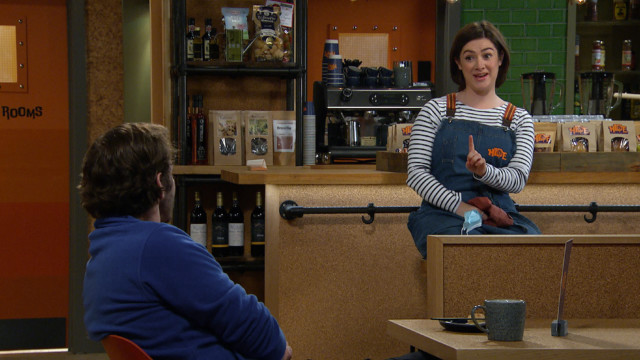 AARON Dingle is shocked as his ex-lover Ben returns with a bombshell next week in Emmerdale.

Ben dumped Aaron back in January after he was blamed for Liv’s seizure.

Since then, Aaron has been getting close to criminal Mackenzie and getting involved in his dodgy deals.

Next week, Vic talks to Ben following his return and discovers he’s not as over Aaron as he’s pretending to be.

Will Aaron and Ben get back together? And will the reunion leave Mack heartbroken?

Emmerdale fans slammed the soap for gay-baiting with Aaron and Mackenzie earlier this month.

The mechanic and the criminal have shared multiple flirty scenes over the last few months but they are yet to strike up a romance.

Aaron’s relationship with Ben, which began last year, also seemed doomed as it was revealed Aaron used to bully Ben at school for being gay.

But when Aaron apologised profusely, he managed to earn Ben’s forgiveness and bag a date.

Did you miss our previous article…
https://www.hellofaread.com/soap-opera/coronation-streets-alex-bain-19-reveals-daughter-lydia-rose-could-follow-him-into-acting/