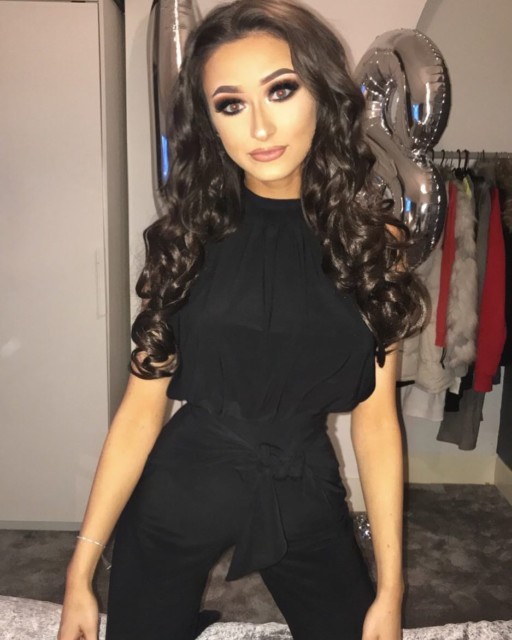 ACTRESS Molly Conlin is known for starring in EastEnders.

The star has hit the headlines after her home was raided by burglars and she was held at knifepoint.

Molly Conlin is a 19-year-old actress

Who is Molly Conlin?

Molly is a 19-year-old actress.

Molly is best known for starring in EastEnders. Who did Molly Conlin play in EastEnders?

Molly played Dotty Cotton, who was the daughter of villain Nick Cotton and granddaughter of Dot.

The actress was just seven when she first appeared on the show in 2008.

Speaking about her casting at the time, Molly told Daily Gazette: “I’m really excited about it because I have always wanted to be in EastEnders.” What else has Molly Conlin appeared in?

Molly has appeared on TV shows since she was just three-years-old.

She has starred in: What is Molly Conlin doing now?

Molly is now an Instagram star and regularly posts selfies to her 19,000 followers.

She hasn’t starred in anything since 2013.

However, she launched back into the limelight when she revealed how her family home was raided by robbers wielding knifes.

Molly claims she was then shoved to the ground and dragged upstairs where she was threatened with the knife as her house in Witham, Essex.

The terrified teen said she was left fearing for her life as the men stole her brother’s black Audi A1 and snatched a mobile phone and watch.

Molly says her phone was later found nearby as she urged her fans to be careful and lock their front doors.

Simon Cowell looks very fresh-faced in picture of BGT judge having a bath in...

Home Secretary Sajid Javid reveals he was spat on by skinhead thugs as he...

Coronation Street fans fear Sally and Tim Metcalfe will divorce after she discovers his...