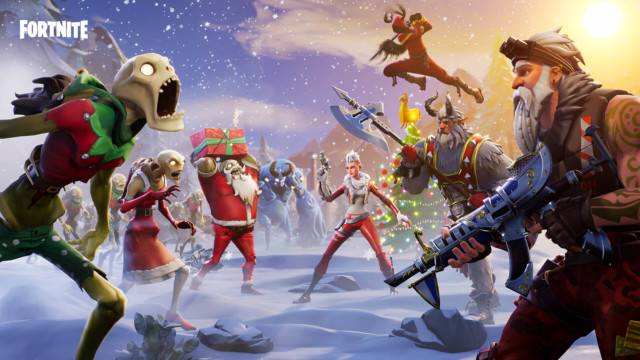 This season has been criticised for how it’s handled XP but Epic has now made it possible to get XP in other Fortnite game modes.

Fortnite Save the World

First up is the PvE Save the World mode that pits players against AI monster hordes while working together.

Completing missions in the co-op campaign will now reward players with accolades.

Accolades grant XP, with the amount being dependent on the badges earned during the mission.

While most of the XP comes from simply completing missions, there are other activities that’ll reward you as well:

Fortnite Creative mode allows players to make their own games and experiences.

The update added a new tool to the Creator repertoire called the Accolade device.

So anyone playing their map can mop some Battle Pass XP if the Creator has allowed it.

Accolades can be customised, so you can attribute a name, type, value, and trigger.

So if you’re looking for more ways to boost your Battle Pass XP — maybe to tick off that last Fortnite refer-a-friend challenge — you’ve got some more options.

How to unlock Naruto in Fortnite – everything you need to know about the Fortnite x Naruto crossover.

Skyrim sequel set to be an Xbox exclusive and span 3 console generations.

Everything wrong with the disastrous GTA Trilogy remaster.

Im A Celebritys Andrew Maxwell threatens to walk out after crying in emotional chat...

British firms can ‘get down to business’ now the UK has secured Brexit deal,...

Britain will give Poland tanks so they can arm Ukraine with their ones –...

Meghan and Harry latest – Duchess’ Christmas gift for Queen ‘mauled to pieces by...