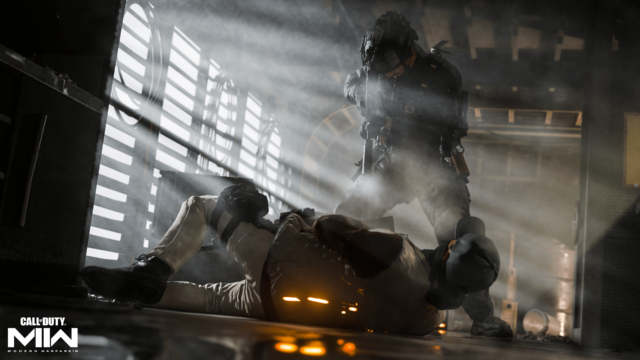 CALL of Duty Next showcase brought a lot of new information about upcoming Call of Duty games, including the soon-to-be-released Call of Duty: Modern Warfare 2.

Early access to the multiplayer mode opens tomorrow (September 16) for PlayStation players, and will continue until September 26.

A lot more action is coming to Modern Warfare 2.

New details about the multiplayer were revealed at the showcase ahead of the first players entering the game.

Modes have been added for players trying out the multiplayer in either co-op or PvP play.

Team Deathmatch and Domination return while Special Ops gets a renewed 2-player co-op mode, set in huge arenas where you and a partner can enter the fray.

There are 3v3 raids, which will encourage better coordination and communication between teams.

Knockout has no respawn or revives, and in Prisoner Rescue you’ll be tasked with extracting a hostage.

The biggest multiplayer mode, 32v32, is called Invasion and plays like a battle royale mode.

A new Gunsmith has been confirmed for Modern Warfare 2, allowing players to switch weapons more smoothly.

The Gunsmith will also give players more options for their arsenal, with added customisation.

There are additional ways in which players can move around the map.

They can now swim and fight in water, climb ledges, and there is a new ‘tactical sprint’.

Players will be able to carry out new manoeuvres from vehicles including leaning out of the window to shoot, or climbing onto the roof.

The maps for the early access to the multiplayer have been revealed as:

Did you miss our previous article…
https://hellofaread.com/technology/overwatch-director-says-its-fair-to-lock-heroes-behind-the-battle-pass/

Rishi Sunak confirms he WILL attend COP27 summit next week and vows to take...