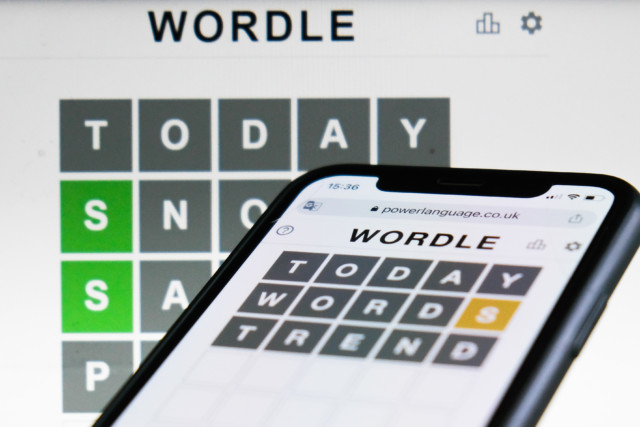 WORDLE fans are fuming about the game’s latest winning word, slamming it for apparently being too obscure.

The correct answer has not done much to stem accusations that the game has got harder since changing owners.

“Is it me or are the words getting more obscure?” one user pipped.

“Can we have a Wordle that’s not for toffs please,” another complained.

“I DIDNT GET TODAYS F**KIN WORDLE. WTF IS A TROVE. THATS SO DUMB. WHO PUTS V IN WORDS!!!!,” a third angry player said.

But other users have questioned people’s intelligence if they haven’t heard the word before.

“Some of you #Wordle players need to start learning more words,” a tweeter said.

“Since when is the answer to #Wordle249 an obscure word?

But many were shocked to discover one of the words was the same as Wordle’s, despite the two having nothing in common.

“Some real suspicious s**t with todays Wordle and Quordle,” one said.

“Quordle and Wordle in cahoots today,” another wrote.

Meanwhile, a third user joked: “So are we gonna talk about whether it’s a coincidence or on purpose?”

In other news, people are increasingly unable to tell apart fake faces made by AI and real ones, new research suggests.

Websites could crash in a couple of months if owners fail to make major change ahead of Chrome, Edge and Firefox ‘version 100’ update.

Uber has revealed the worst and best cities for passenger ratings.

And the naughtiest ever emoji combinations to be careful of have been revealed.

Virginia Roberts says Prince Andrew knows what happened and only one of us is...

Emmerdale spoilers: Dawn Taylor rocked as she discovers who Clemmie’s father is