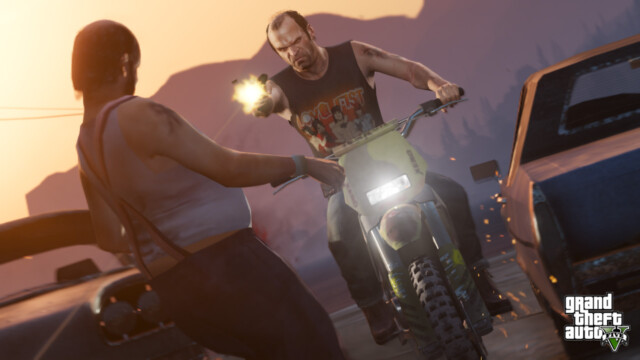 IN its June showcase, Xbox promised a number of changes coming to its cloud gaming service, Xbox Cloud Gaming, and it appears users will soon be able to play their games straight from the cloud.

Currently, Xbox Game Pass members can play the games which are part of the service directly from XCloud without the need to download.

One of the games rumoured to be coming to the Cloud

However, games currently not on Game Pass, even games you have purchased, are not available via Xbox Cloud Gaming.

The changes may be crucial to players, particularly to those who own the cheaper Xbox Series S model with its limited storage.

Games have increasingly large file sizes and players often have to delete old games to make space on their consoles.

Xbox wrote in a June blog post: “We’re excited to share that later this year, it’s our intent to roll out the ability for Xbox Game Pass Ultimate members to play, from the cloud, select games they already own or have purchased outside the Xbox Game Pass library.”

This means that if people own games from outside of Game Pass, they will soon be able to stream some of these games without the need to download.

While Xbox has not officially announced when this programme will launch, some users believe that the process is already underway.

In Brazil, people have noticed that the Grand Theft Auto 5, Elden Ring, and upcoming Soul Hackers 2 pages all now have a link to the Xcloud service.

This is also big news for those who do not own Xbox consoles.

Xbox has a number of partnerships with smart devices, such as the Samsung Smart TV.

This means players can play XCloud games directly from these devices without the need for a console.

Currently, users can only play Game Pass games in this way.

However, it seems that soon they’ll be able to play other games they own via the Cloud.

In order to access these XCloud services, players will need to be a member of Xbox’s higher subscription tier, Game Pass Ultimate.

Xbox Cloud Gaminghas seen a number of improvements since it was released, and now the majority of players say they can stream games flawlessly via the service.

Did you miss our previous article…
https://hellofaread.com/technology/fifa-23-developer-responds-to-lack-of-crossplay-for-pro-clubs/

Meghan Markle’s half-brother claims she’s ‘bullied people before and got her way’ and has...

Inside the ‘hot tub livestream’ craze on Twitch where bikini-clad gamers make cash from...