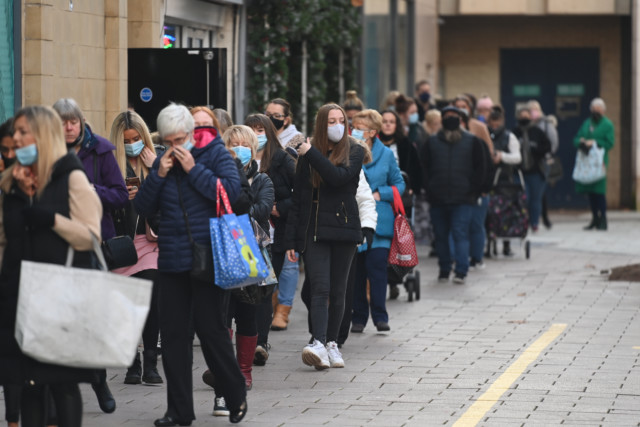 SHOPS are braced for a “Wild Wednesday” spending spree — followed by deserted aisles until Christmas.

They will offer big price cuts tomorrow as lockdown ends after a month.

Security staff will be hired to control crowds, with Ikea and Primark braced for a rush.

But shops then face a retail nightmare before Christmas as Brits stay away under Covid rules, according to the Centre for Retail Research.

There will be a 40,000-strong shortfall at Birmingham’s Bullring and an estimated 30,000 reduction at both Manchester’s Trafford Centre and Gateshead’s Metrocentre.

Retail insiders say many shops will enforce social distancing and limit numbers but the queues will discourage customers from returning.

Traditional Christmas shopping days out are, in effect, banned in Tier 3 areas, with pub and restaurant shutdowns and big groups not permitted.

Many customers have also done their Christmas shopping online on Black Friday.

The researchers interviewed 50 major retailers for a Christmas study with VoucherCodes.co.uk.

When is it too cold to go to work or school and what temperature will I be sent home?

Refugee hit and run driver who nearly killed a teenagers can’t be deported –...