FORGET ready, steady, cook – this autumn is set to be season of the slow cooker.

With energy bills rising, its a tasty way to save the pennies.

Hayley Minn tries out a range of slow cookers

Experts believe they are more energy efficient – even if they are left on a low heat all day.

The appliances are perfect for a novice cook or someone who’s constantly on the go and doesn’t want to spend too much time in the kitchen.

All you have to do is cut up a load of meat and veg, chuck it all in and leave it to stew. Couldn’t be simpler.

Slow cookers are designed to bring out the flavour of foods and make meat tender, which means they can make even the cheapest cuts taste delicious. You can bulk cook in them, too.

But with so many models now on offer, which is the cheapest to run?

Here, Hayley Minn, tries out a range of slow cookers and reveals what each one will cost if you leave it on all day.

THERE’S no denying this slow cooker from Morphy Richards is one of the best-looking on this list.

And it’s also the one with the least washing up involved, as you can sear and stew your meals in the same pot.

It’s the second-best when it comes to energy efficiency

While it’s pricier compared to some of the other slow cookers, it’s the second-best when it comes to energy efficiency, at 136 watts per hour.

The cooking pot is dish-washer safe.

AT just £13 – reduced from£16 – this model is very cheap and very simple too, with just two settings of low and high.

It works perfectly well and is a great option if you are on a budget, as it costs just over 39p for eight hours of cooking on the low setting, using 144 watts per hour. 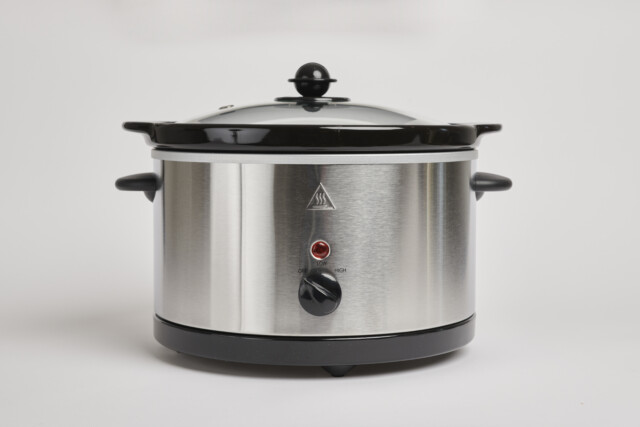 THIS model is a relatively affordable option at £27.99, but it has one of the higher energy efficiency ratings, using 150 watts per hour. 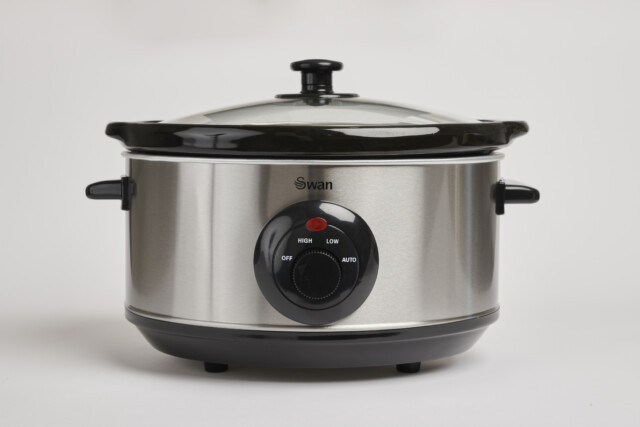 This one has one of the higher energy efficiency ratings

I worked out it could cost you 41p using it on a low heat for eight hours – although I’m confused about what the auto function is supposed to do.

WHEN you think of slow cookers, Crock-Pot is the name that comes to mind – and this one is definitely the best in terms of functionality, with its digital screen and in-built timer.

While it’s the most expensive listed, it has a bigger 4.5L capacity, which is also the reason it is costlier to run at 240watts per hour. 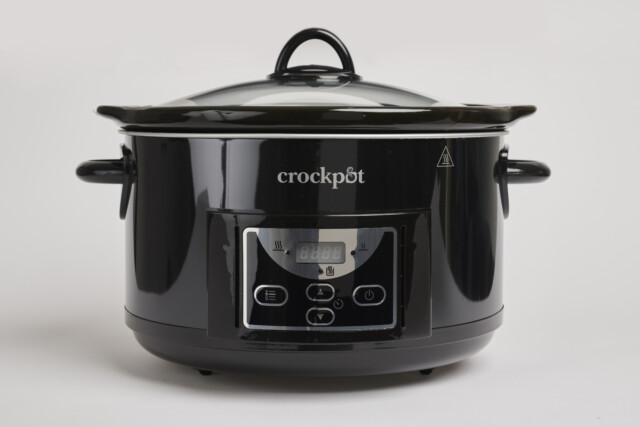 This one is definitely the best in terms of functionality

But it means you can make meals ahead to freeze.

WITH its sleek looks, you probably wouldn’t mind the Cosmos taking up space on your kitchen top.

It also has a handy setting which keeps cooked food warm until you are ready to eat. 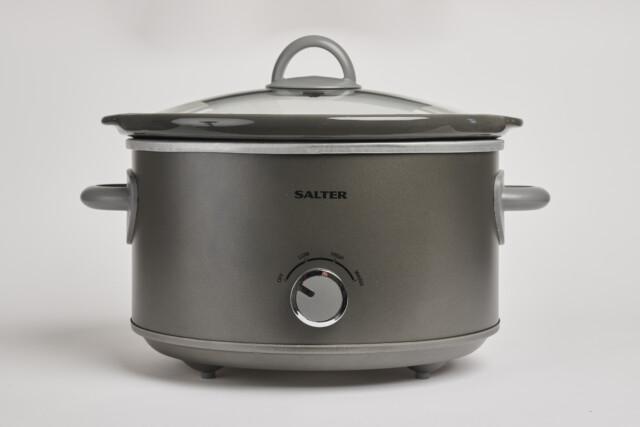 But it’s one of the priciest appliances to buy and to run, clocking up 161.5 watts per hour.

So it’s up to you if you want some-thing pretty or prefer to save money.

LIKE Salter’s model, Russell Hobbs’ slow cooker has a chalkboard on the side – perfect for writing notes for your spouse, scribbling a reminder of when to turn it off, or letting your family know the delicious grub you’re cooking for them.

It’s one of the more costly slow cookers to run, at 151 watts per hour, but it will still only cost 41p if you leave it on all day. 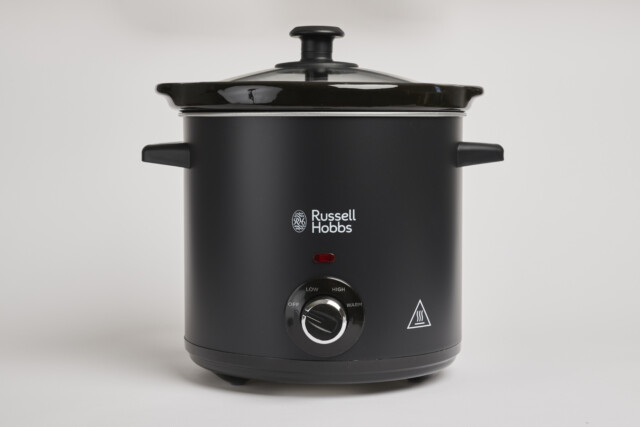 DAEWOO’S slow cooker is a simple and affordable option.
Quite basic in looks, the stainless steel is still attractive enough and easy to keep clean.

It’s got three settings – low, medium and high – and a red light to tell you whether it is on or not. 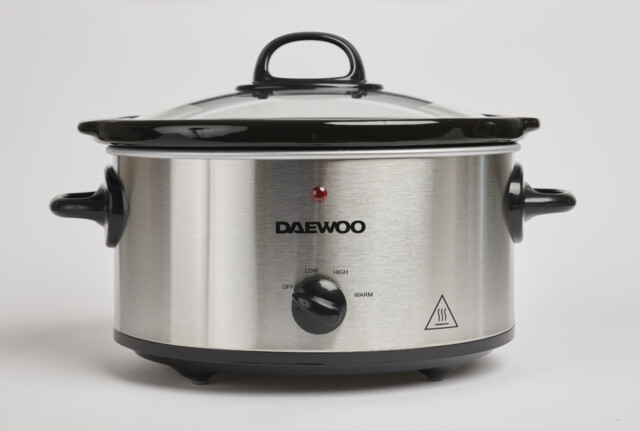 This fuss-free option is very good value for money

At 139 watts per hour, this fuss-free option is very good value for money.

THE quirky feature of this model is the chalkboard (chalks included), which allows you to write on the side what you are cooking. 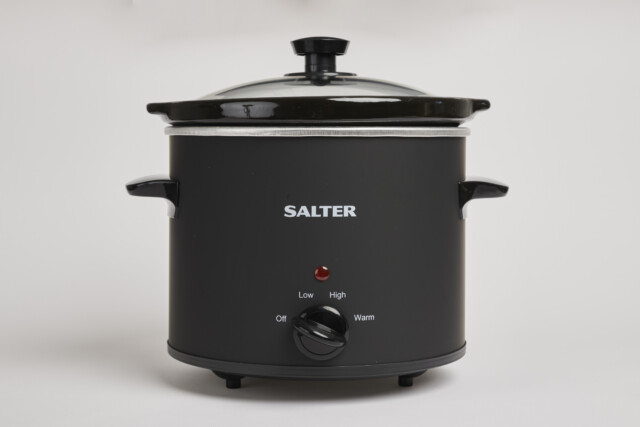 This was the winner at just 129 watts per hour

It also has three heat settings – low, warm and high – so you can cook as quickly or for as long as you like.

But what really matters is that when we tested the energy efficiency on low, this was the winner at just 129 watts per hour.

Strictly’s Krstina Rihanoff and Ben Cohen engaged as dancer says ‘it was the biggest...

Prince Edward says Harry and Meghan Markle royal fallout is ‘difficult for everyone’ but...

Coronation Street’s Millie Gibson looks world’s away from Kelly Neelan as she transforms into...

TV host blasted by viewers as she tells pregnant Meghan Markle to ‘shut up’...