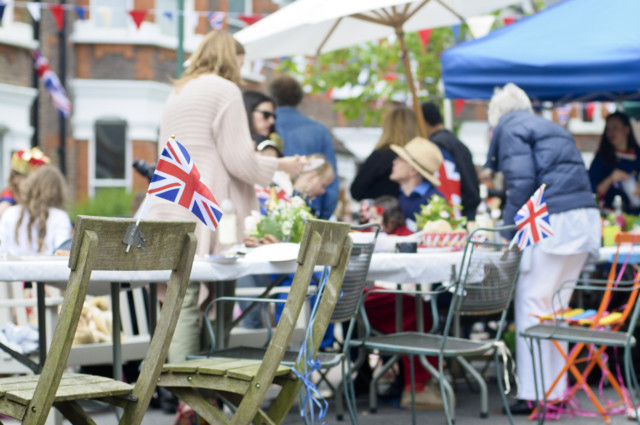 NEIGHBOURHOODS across the country are getting excited for the Platinum Jubilee celebrations.

There are plenty of street parties planning to take place to celebrate the Queen this weekend.

But one man has claimed his neighbour has told him he can’t leave his property on the day of the street party – as he wouldn’t chip in money to pay for a chicken.

He took to Reddit to ask if his neighbour was allowed to ban him from his street, and explained: “So two weeks ago the topic of the Jubilee came up with my Neighbour and they asked for £14 per household so they could buy 17kg of Chicken for the party.

“I refused, neighbour went off running his mouth, but I didn’t think anything of it.”

The man claims he got a letter through his door from his neighbour saying he couldn’t leave his house on Friday, the day of the street party.

BUMP IN THE NIGHT The neighbour threatened them that: “If they see me outdoors they will ‘send council men round’.

“Is this legal? are the council really on their side? I have paid my council tax using the 10 payments method for the last 7 years.”

Many users told him to be petty and to sit outside and join the celebrations with his own chicken to eat.

But the story may be too good to be true as his apparent ‘neighbour’ also posted on the same forum just hours later with his side of the argument.

The ‘neighbour’ claimed the £14 would have gone towards ‘lemonade, cups, décor, and a large free range chicken that he would marinate in pickle and curry powder.’

He said most of his neighbours were up for contributing towards it, except one.

The man added: “One bloke (don’t know his name, but he was wearing a Spider Man mask) refused to contribute but said he would still like to come outside and have fun with us.

“I posted a letter through his door this morning to warn him that the council would intervene if he tried to join in.

“However, I emailed the council on Monday and they still haven’t replied, so I’m a getting a bit worried.

“If it comes down to it, I’m thinking of calling the police.

“Will they be able to help with something like this?”

Although many users of the forum are sceptical of the story, it gave everyone a good laugh.

One wrote: “Why don’t you just put him under house arrest? I heard a rumour that he has his own chicken and he plans to taunt you by eating it just beyond the perimeter of his property…surely this behaviour must be stopped at all costs!?”

“Hahaha this is top notch,” laughed another user. BGT semi-final descends into chaos with children left in tears

A third joked: “I heard he’s planning on eating KFC in the street. You wanna watch out for him…”

“Hahaha good one. I would’ve believed it if I hadn’t read the other post first,” added a fourth. Who is Perri Kiely? Diversity dancer and Dancing On Ice celebrity contestant