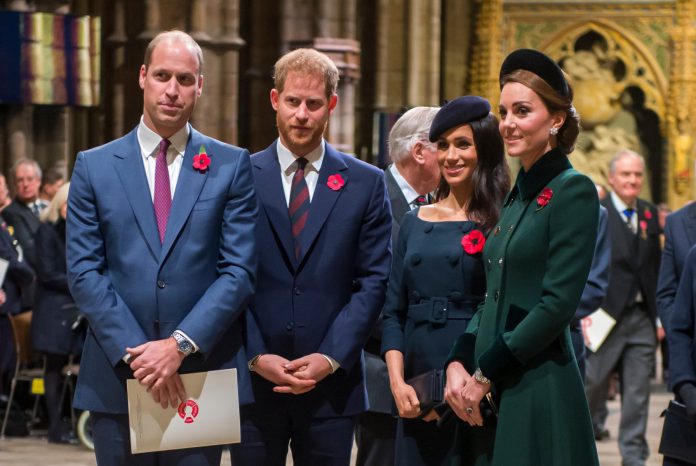 PRINCE Harry and Meghan are set to come face-to-face in public with Prince William and Kate on Remembrance Sunday, for the first time since their rift was revealed.

Frantic plans were under way last night to ensure the reunion goes smoothly with hopes the poignant event will pave the way for the family to reflect.

Prince Charles is reportedly angry that Harry appears to be growing apart from the rest of the royals.

Remembrance Sunday, on November 10, will mark the first time all the senior royals have been together since family relations were laid bare in last Sundays ITV documentary, presented by News at Ten anchor Tom Bradby, a friend of Harrys.

Prince Charles is expected to lay a wreath at the cenotaph on behalf of himself and the Queen.

A source said: Palace staff are keen to ensure that the family come together to pay their respects and that the focus is on the brave souls who lost their lives for their country.

Remembrance Day is an especially poignant event for all of the members of the royal family, but especially for Prince Harry who served in Afghanistan.

There is a general sense of hope that this day will put things in perspective and allow senior family members time to reflect on what the important things in life really are.

The Queen is said to want William, 37, and Harry, 35, to rise above any problems and focus on their strong family ties.

They could see one other in days if they fly to Japan for the Rugby World Cup final.

PTSD is playing a part with Harry

HARRYS made it very clear that a rift exists between him and his brother. They must sort it out in private.

The bond between them was thought unbreakable until now but maybe PTSD is playing a part with Harry after two tours of duty in Afghanistan.

Harry will eventually come out of dark tunnel hes in and the sooner the better for all.

In the documentary, Harry & Meghan: An African Journey, Harry hinted at a rift with William and said they were on different paths.

The Duchess of Sussex also said she was not okay with what she sees as criticism from the media.

Fury as self-isolating Brits WERE entitled to furlough sick pay but Government buried the...

Snap up one of the thousands of vacancies for butchering, bricklaying and welding