ALBERT Square legend Dot Branning will have the send-off she deserves next week.

EastEnders viewers and characters will wave a heartfelt goodbye as a tribute to the late June Brown.

Albert Square residents will come together for one last goodbye 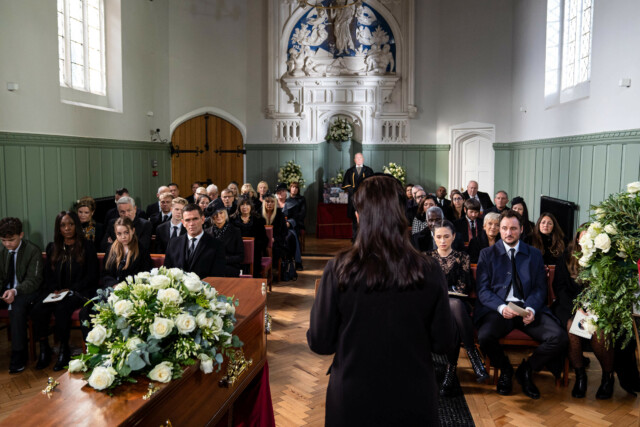 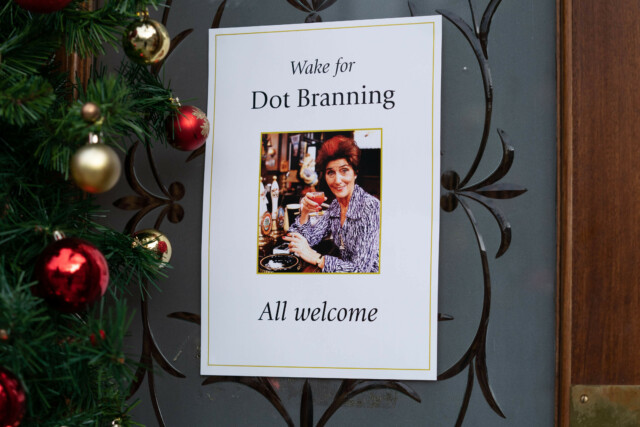 How will Dot’s funeral pan out?

The iconic actress breathed her last earlier in 2022, prompting soap bosses to work on a final storyline for her on-screen alter ego.

Dot moved away from the Square in emotional scenes aired in 2020 and hadn’t been seen ever since.

Sonia Fowler (played by Natalie Cassidy) was eventually told the shocking news her step-grandmother had died.

Next week on BBC One, it’s the morning of Dot’s funeral, which Sonia has struggled to organise.

To make matters worse, she has failed to write Dot’s eulogy.

Lauren Branning (Jacqueline Jossa) makes her return, joining Ricky, Jack and Sonia as they reminisce about Dot – and the latter admits she has writer’s block.

In an attempt to get inspiration, Sonia uses Dot’s spare key to the launderette to let herself in and her former husband Martin (James Bye) finds her there.

He comforts an inconsolable Sonia over the unwritten eulogy and says she should speak from her heart.

Sonia and the rest of Dot’s family are overwhelmed by the outpouring of love for the late matriarch as she leaves the Square for the last time.

Recent snaps of the EastEnders set have shown Dot’s funeral will involve a horse-drawn carriage and viewers can also expect some returns for the sombre event.

As mentioned above, Lauren Branning will be a part of the residents saying goodbye to Dot.

But Kathy Beale (Gillian Taylforth) will also be surprised to see Disa O’Brien come back to Walford, more than three decades after her last appearance.

Disa shares a hug with Kathy at the church and remembers she has a lot to thank Dot for as the latter took care of her baby when she either couldn’t or wouldn’t.

Thrown by Disa’s appearance, Kathy reflects on how Dot took people in when others turned their backs. 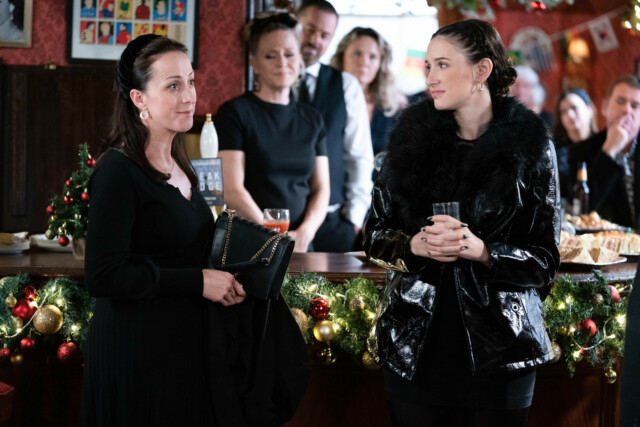 Emotions will be running high next week 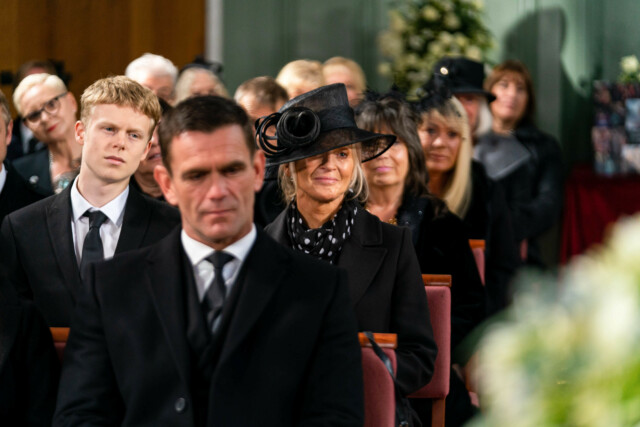 BBC One viewers can also expect iconic characters to return

Rishi Sunak stumps up £1.3billion to bolster military aid and operations for Ukraine

Households warned they face a ‘terrifying’ £3,000 drop in incomes

Britain’s entries to Eurovision should be picked in public talent show to revive song...